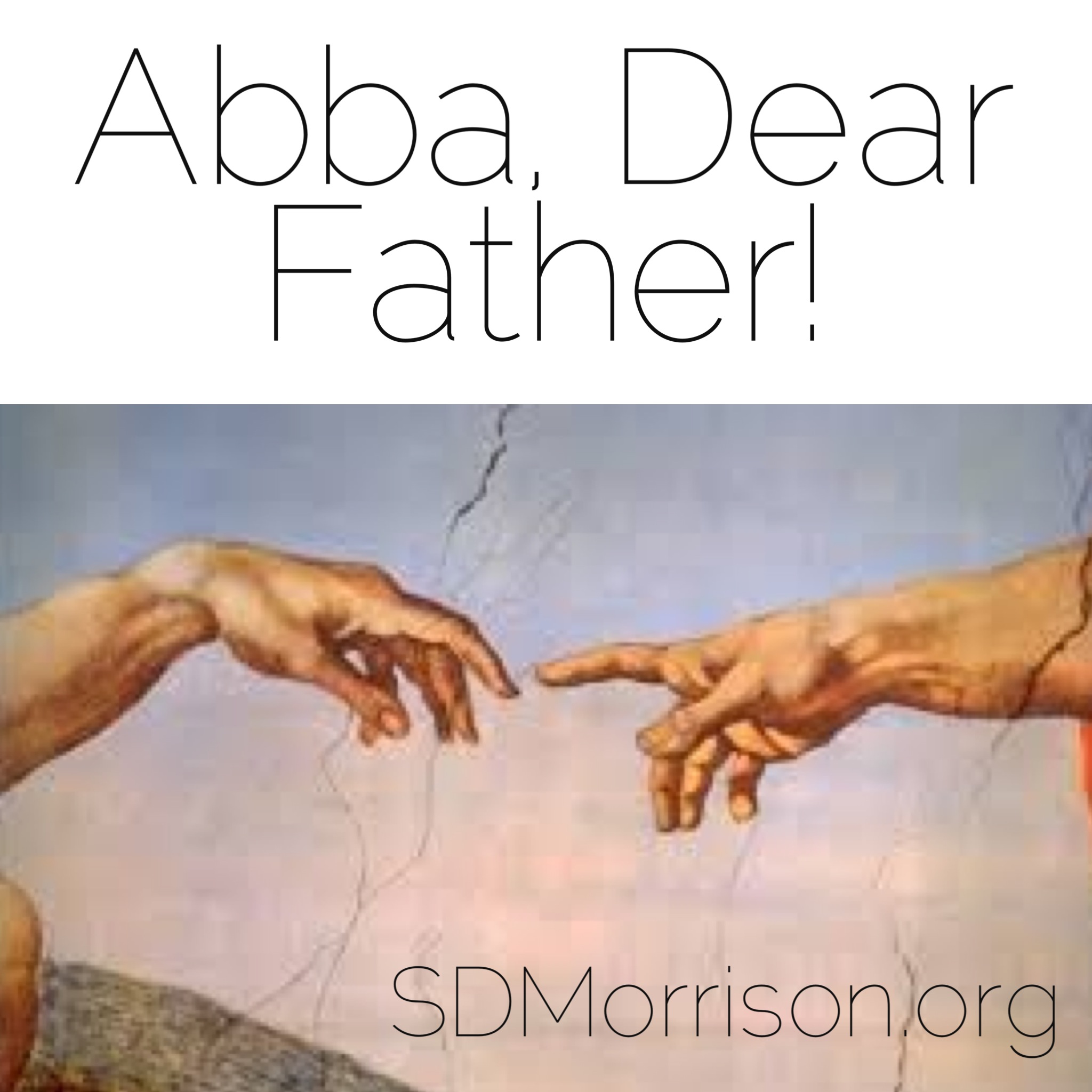 For the first century Christians Jesus’ monumental prayer of “Abba, dear Father!” sparked a revolution. We see this prayer echoed in the letters of Paul, and recorded in the early accounts of Jesus.  This prayer changed everything! God is Abba, our dear Father!

But interestingly enough, after the first century it all but disappeared from the Christian life. Instead, it was replaced with “Our Father in heaven”—a Father of distance, otherness, and exclusion! Now originally this did not mean distance. For the early church (most of it anyway) Jesus’ prayer of a Father in heaven was no less as revolutionary as “Abba, dear Father” was. But tragically, due to the rapid influence of Greek Philosophy, namely of Plato and Aristotle, this prayer became not a prayer of close intimacy, but one of distance and otherness. In Greek philosophy, heaven is elsewhere, separate from human existence. Therefore, within Platonic thought, “Our Father in heaven” became a prayer of petition to a distant deity, not an intimate conversation with our Abba God.

The revelation of God as “Abba, dear Father” slowly became less and less prevalent in the church in favor of a distant “our Father in heaven.” Even today when a western Christian is asked about heaven, or of God, nearness and right-here-and-now concepts are rarely central. We imagine our Father in heaven as distant and somewhere “else” besides here with us right now. We have traded Jesus’ prayer of intimacy, that of knowing Gods nearness as our dear Father, with that of Platonic otherness, that of a God who is distant and far-removed from our human existence.

But  there’s good news! In the midst of all this Greek Philosophy the truth still meets us in the pages of Jesus’ story. Abba, dear Father remains just as radical as it originally was in first century. God is not far away! We must recapture the stunning truth of Jesus’ radical prayer: “Abba, dear Father!” God is near to the human race! He is for us. He is the God of mankind, not some abstract deity in opposition to the human being. The God revealed in Christ is a God who is wildly for the human race, madly in love with our existence, and we must not think any differently! God is nearer to humanity than we will ever know fully in this life.

Which this is not to say that we should stop saying “our Father in heaven”. But instead, we need to drop all our philosophical notions of heaven as distant in exchange for the biblical and Jewish concept of heaven as joined together with earth! (If you remember, God created the heavens and the earth at once, there is no implication of distance, only difference.) Once we see heaven as a present reality rather than a distant one, “Our Father in heaven” becomes congruent with “Abba, dear Father”.

Therefore, let’s be a people of Jesus’ Abba, a people who know just how intimate and close God has come to us. The Word became flesh and dwelt among us! The Spirit of God has made His home in me! God is not far away, God is right here!