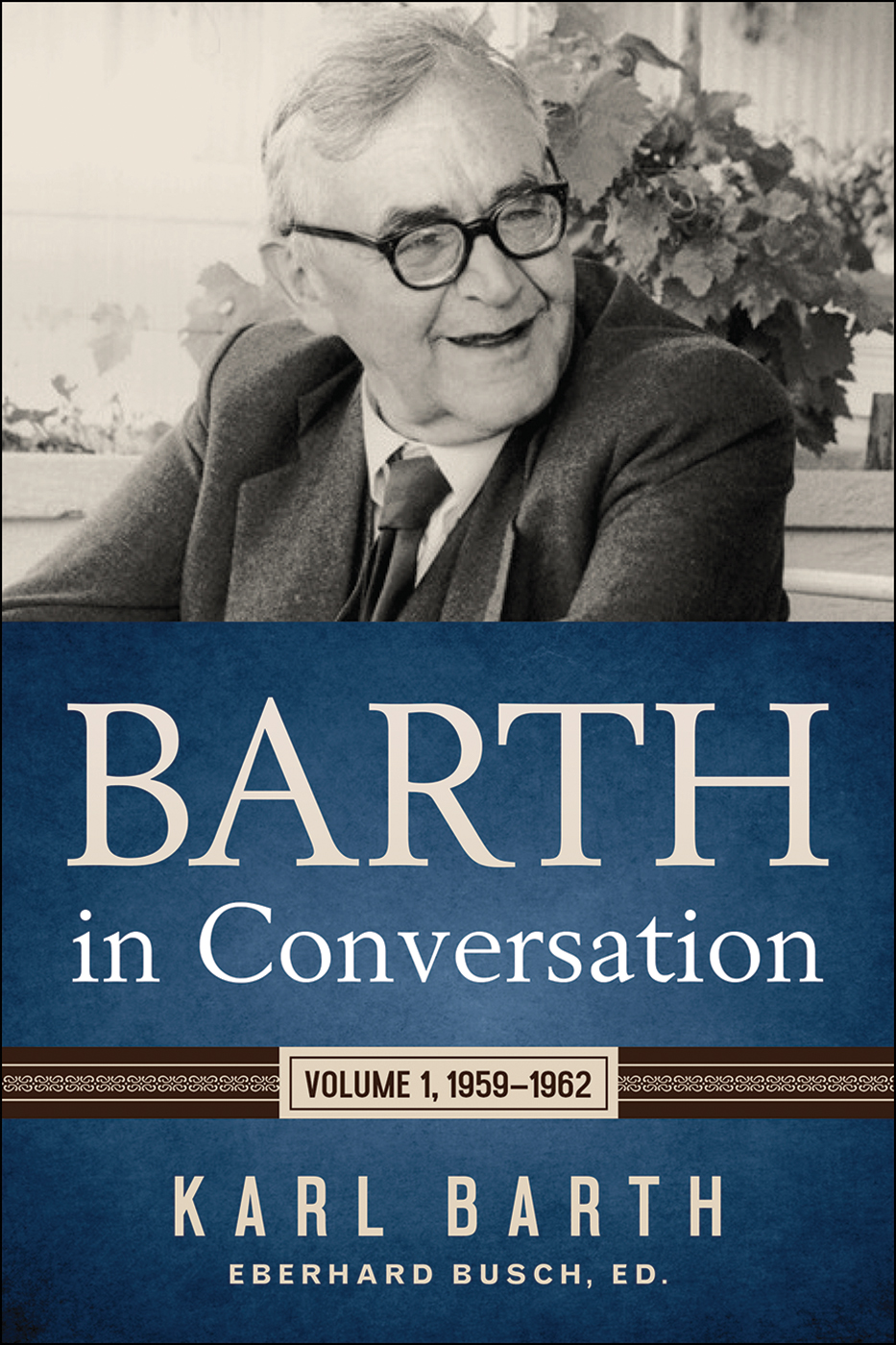 Karl Barth so consistently and passionately proclaimed God’s unmerited grace that it is no surprise he was (and still is) sometimes charged of universalism. This is in spite of his consistent denial of it. But it is perhaps to be expected given the shape of Barth’s work, which strongly emphasized the unconditional grace of God in Christ for all.

In my last post, I shared about Barth’s No! No! No! to the question, “Does hell have a place in the proclamation of the gospel?” This naturally brings up the question of universalism, so it will be fitting to examine another section from the same interview (which comes from the recently published volume, Barth in Conversation). Here Barth explains his unique approach to universalism.

I have never upheld this theory [universalism] and never shall. On the other hand I should certainly not uphold the converse: I should not say that the end will be as we see it portrayed in the early paintings: some people in heaven and the rest in hell. But what we can do is realize that complete reconciliation and salvation are prepared for all men in Christ, that all men are invited to believe in Jesus Christ, that all men will one day have to appear before Jesus Christ as their judge, and the judge will be free to pass judgement. We should not presuppose that the judge will put these people, these awful people, on one side, and on the other the good, who will then march white-clad into heaven, while the yawning mouth of hell swallows up the others. We cannot say that because we know that he has overcome hell, but he has the liberty to decide to whom he will give the benefit of this victory over hell. Neither can we say, according to the apokatastasis theory, that all will be saved. We shouldn’t try to solve this problem of the future automatically, but can only say: there is full salvation for all men in Christ; we are invitied to believe in him, we want to do the best we can, and it shall be revealed to us before his judgement throne (cf. 2 Cor. 5:10) what we have done in our mortal life, good or bad. 1

While we cannot put too much weigh on every word of Barth’s response (since it comes in an informal, non-dogmatic setting), it is nevertheless a helpfully succinct summary of Barth’s unique answer to the question of universalism. (See this post for another example; also see chapter 5 in my book, where I deal with Barth/universalism at length).

The question of universalism is often spoken of in hush tones and with great suspicion. The result has been a Church culture that refuses to even entertain a conversation about its possibility. Barth’s approach to the question is extremely helpful. We have been so disabled by the fear of falling into “heresy” that we have lost all hope in the possibility of universal salvation. The very mention of the term, or even the slightest hint towards it, often leads to ex-communication from the evangelical Church (Rob Bell!). But this simply should not be the case. Barth sets an example for how we might honestly and faithfully proclaim the Gospel with hope for the salvation of all. Are we not at least stimulated by the Scriptures that hint towards this end, such as Colossians 1:19-20 and Philippians 2:10-1? The possibility should not escape us completely. As Barth writes above: since the future belongs to God, we are forbidden from solving the problem automatically. Neither dogmatic universalism nor dogmatic particularism can stand, although we hope and pray for the salvation of all without proclaiming it as a presupposed conclusion.