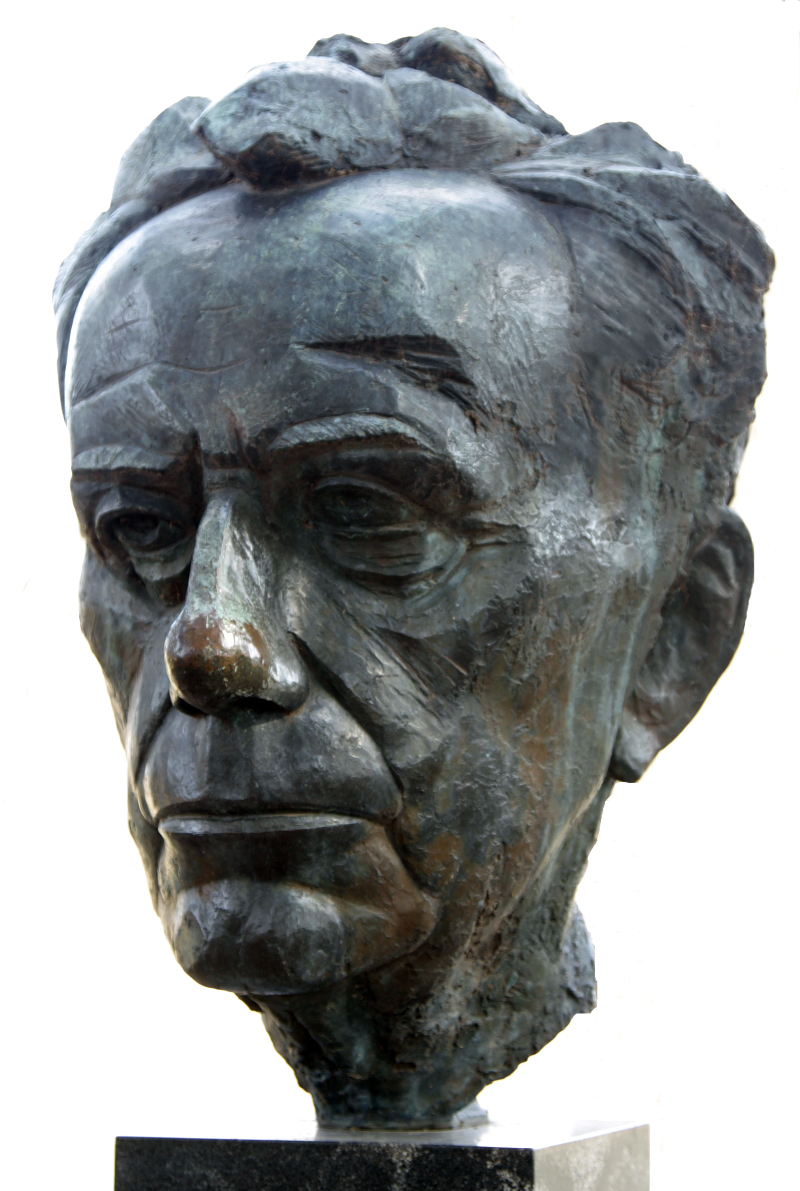 Last week I posted some of Karl Barth’s comments on Paul Tillich’s Systematic Theology. [LINK] Today I finished reading the excellent book it came from: The Systematic Theology of Paul Tillich by Alexander J. McKelway. [LINK] This book is a dissertation presented to and written under the guidance of Karl Barth. It is, in a sense, then a truly “Barthian” analysis and critique of Tillich’s theology. I really enjoyed reading it! The book put words to some of the reservations I’ve felt whenever reading Tillich’s theology, but it also helped me understand Tillich better and appreciate him more—if ultimately I find him unhelpful as a theologian. 1

Today I want to briefly outline some of Tillich’s Systematic Theology (hereafter abbreviated “ST“), but mostly work through some of McKelway’s central critiques on the method of Tillich’s project.

Ultimately, McKelway’s book does not affirm Tillich, nor does it endorse him. It sees the positive aspects to his theology, and therefore does not outright reject him. As we mentioned in the previous article, even Barth calls Tillich a “great Theologian”! But he is engaged critically here under McKelway’s careful reading of him. Tillich’s project is questioned with the seriousness it deserves. Though ultimately, I feel I must agree with McKelway’s conclusions. Tillich’s theology, while brilliant and at times insightful, is deeply flawed, theologically unhelpful, and ultimately, it fails to succeed in proclaiming the revelation of God in Jesus Christ.

We’ll look first at brief an outline of Tillich’s ST, and then work through some of the essential criticisms McKelway has presented against it. I most of all recommend you read this book (click the link above to buy it), and also Tillich’s ST, because, as Barth warned, we should avoid any “immature or superficial critique of Tillich”; and here McKelway has written a very helpful analysis of his thought. If you’re at all interested in Tillich, I highly recommend it. McKelway clarifies Tillich’s somewhat difficult language, making it easier to understand him on his own terms before bringing any criticisms against his project.

Tillich’s ST is broken up into three volumes, with five parts. These are formed by Tillich’s fundamental method: correlation. McKelway offers a helpful summary of this method, he writes,

“…the theology of Paul Tillich begins with man. For it is man who, asking the question of his own being, discovers in God the ground of being; it is man’s situation in existence which causes him to ask after the New Being in Jesus as the Christ. It is with man that Tillich begins, and it is this point of view, this interest, which controls his definition of the nature of theology and its method, and which regulates the form, if not the content, of his interpretation of the Christian message.” 2

Following this “method of correlation”, Tillich divides his ST into five parts, always first dealing with man’s condition and his question, then God’s answer and it’s corresponding theological doctrine. These five correlations are:

I – Reason and Revelation (the doctrine of revelation)

II – Being and God (the doctrine of God)

V – History and the Kingdom of God (Eschatology)

This is the practical outworking of Tillich’s method of correlation. The existence of man “correlates” with the answer given by theology, but the question also determines the form of that answer (an important point we’ll return to!).

Here we will not go into the details of each of these sections, though it helps to know this background information. The main issue we’ll focus on, that McKelway highlights well in this book, is a critique against this method which begins with man and ends with God, in which man’s questions determines the form and even content of God’s word to man. We’ll see why and what this means for Tillich’s theology in what follows.

McKelway notes that the fatal flaw in Tillich’s method of correlation is that,

“Basic to the method of correlation is the expectation and demand that the revelatory answer to man’s question takes the form of those question, fulfill their demands, and answer the questions in the terms in which they are asked.“ 3

Accordingly, the answers that theology gives to the questions of man’s condition are determined by that condition and take it’s form. This is, for Tillich, inherent to his rejection of Kerygmatic methods of dogmatics which “error [by] throw[ing] answers, like stones, at the heads of those who have not yet asked the questions.” Therefore the answers theology gives cannot be irrelevant stones thrown needlessly at those who have not asked the questions they answer, but the Christian message must have the character of being familiar to the questioner (meeting them on their own terms, in the form of the questions of their being). Therefore, the answers theology provides must be determined and formed by these questions in the condition of man, because, for Tillich, they must be intelligible to the condition of man (and not unintelligible stones thrown at us from above). This is, according to McKelway, Tillich’s issue with Barth’s theological method.

We’ll run into this time and time again, that the result of this method, however noble it’s attempt is, ends up reducing theology to anthropology, or at the very least limiting theology to the form of man’s questions about his existence. God’s answering is determined and formed by man’s questioning.

The flaw in this is quite obvious (at least from the Barthian perspective). The central problem with Tillich’s theology is the lack of consistent emphasis on the person of Jesus Christ as God’s self-revelation. McKelway writes,

“The central and all-embracing problem of the place and character of Jesus Christ in Paul Tillich’s Systematic Theology is the reason we are not able, finally, to accept either his view of theology as apologetic or the method of correlation. For the apologetic requirement for an understanding of the human situation cannot be fulfilled except in the light of the final and decisive word spoken about man and to man in Jesus Christ; nor can the revelation of God be seen apart from the one event in which he did reveal Himself, Jesus Christ. These assertions must be the standard against which every theology is judged.” 4

And thus at the critical point of Tillich’s theology (Christology), McKelway concludes:

“This problem and danger, to put the matter simply, is the lack of a consistent focus on the revelation of God in Jesus Christ. …We cannot speak of God apart from what he has revealed himself to be in Jesus Christ.” 5

The most problematic aspect then, about Tillich’s ST, comes out best in his Christology. Tillich, “seriously consider[s] the meaning of the Christian message apart from Jesus. 6 He therefore embraces two fatal errors which undermine the whole task of theology in such a way that his method must ultimately be rejected. These two errors (from the Barthian perspective) follow from Tillich’s lack of emphasis on the revelation of God in Jesus Christ. McKelway does well to show Tillich’s genius in his ST, but ultimately his analysis of his work makes these two errors painfully clear.

The first, and perhaps the most essential, is that for Tillich, there is a God hidden behind the back of Jesus Christ. Tillich posits an explicit doctrine of God’s hiddenness which stands over and against Jesus Christ. Tillich goes so far as to say that “Jesus of Nazareth is sacrificed to Jesus as the Christ.” (ST I, 135) And since Tillich maintains that the nature of revelation is unchanged in this sacrifice of Jesus to the Christ, Tillich asserts that God is mostly unknown (by revelation), that there is a deep abyss hidden behind God’s self-revelation in Jesus Christ. Jesus of Nazareth is an unreliable source of knowledge for Jesus the Christ, and thus Tillich presents us with a God hidden behind Jesus Christ.

This is absolutely fatal in McKelway’s critique of Tillich. That there is a God behind the back of Jesus Christ means, as McKelway rightly notes, that, “Such a view of revelation can only leave man in the most radical doubt as to whether he will stand on that ground or fall into that abyss.” 7

This also means that Tillich cannot escape from our second grievance against his theology: that is, he ultimately falls into the trap of natural theology, of applying finite categories to God. Tillich explicitly denies natural theology, but in affirming analogia entis and in the light of his method of correlation which dictates the form God’s answers take, we can make no other conclusion. He fundamentally allows and insists that man’s questions determine God’s answers, and thus the form they take. It is hard to argue that this is not a kind of natural theology, and it’s quite puzzling to me that Tillich thinks he is not teaching a kind of natural theology. But McKelway notes of Tillich’s method of correlation,

“The greatest problem which this writer sees in Tillich’s ontological analysis of being is one which we have already noted in the last two chapters. It is the question of a natural relation between God and man which causes an awareness of God in man and which allows man to apply finite categories to God. This is the old question of natural theology.“ 8

The result is a doctrine of God which has little or nothing to do with either God’s acts in Jesus Christ, or the accounts of God’s acts in scripture. McKelway again notes,

“The thing that is most striking about Tillich’s doctrine of God is that nowhere are his assertions said to be based upon God’s acts as they are revealed in Christ, still less are they based on any exegesis of the record of those acts in Holy Scripture. … In this situation is there not bound to arise in the reader’s mind a suspicion that the content of Tillich’s doctrine of God is deduced from his analysis of being rather than received from revelation itself?” 9

Because Tillich ultimately rejects the self-disclosure of God in Jesus Christ (by sacrificing Jesus to the Christ), he is forced to posit a God hidden behind the back of Jesus Christ; and furthermore, he in turn errors in attempting to know this “hidden” God through natural theology, by looking to man and his questions concerning his being as the starting point for theology.

These two critiques force us to come to the unfortunate conclusion that ultimately Tillich fails in his method and in his task for an apologetical theology. We cannot outright reject Tillich, but we must here deem him ultimately unhelpful. As McKelway rightly notes, there are many positive elements to Tillich’s theology which we can certainly learn from. In fact, he says that “No one who reads Tillich can fail to learn from him.” 10 There is no doubt, then, that Paul Tillich was a brilliant thinker worth our attention. But is he helpful? Ultimately, no. Or at least not in the theological sense.

His failure on these two key points leads to further doctrinal heresies including an adoptionist Christology, a denial of the resurrection, and a very problematic doctrine of the Trinity. For these reasons we must be skeptical of Tillich, beyond the two already fatal flaws in his thought: that of a God hidden behind the back of Jesus Christ, and of natural theology.

Ultimately, as we’ve learned with McKelway, Paul Tillich’s greatest failure is his lack of a consistent focus on the revelation of God found in Jesus Christ.

For this reason my conclusion is that Tillich is ultimately unhelpful in the task of theology. This does not mean that he is to be completely rejected, as some elements of his anthropology and ontology are (at times) insightful, but certainly his theology is altogether unhelpful as a theology.