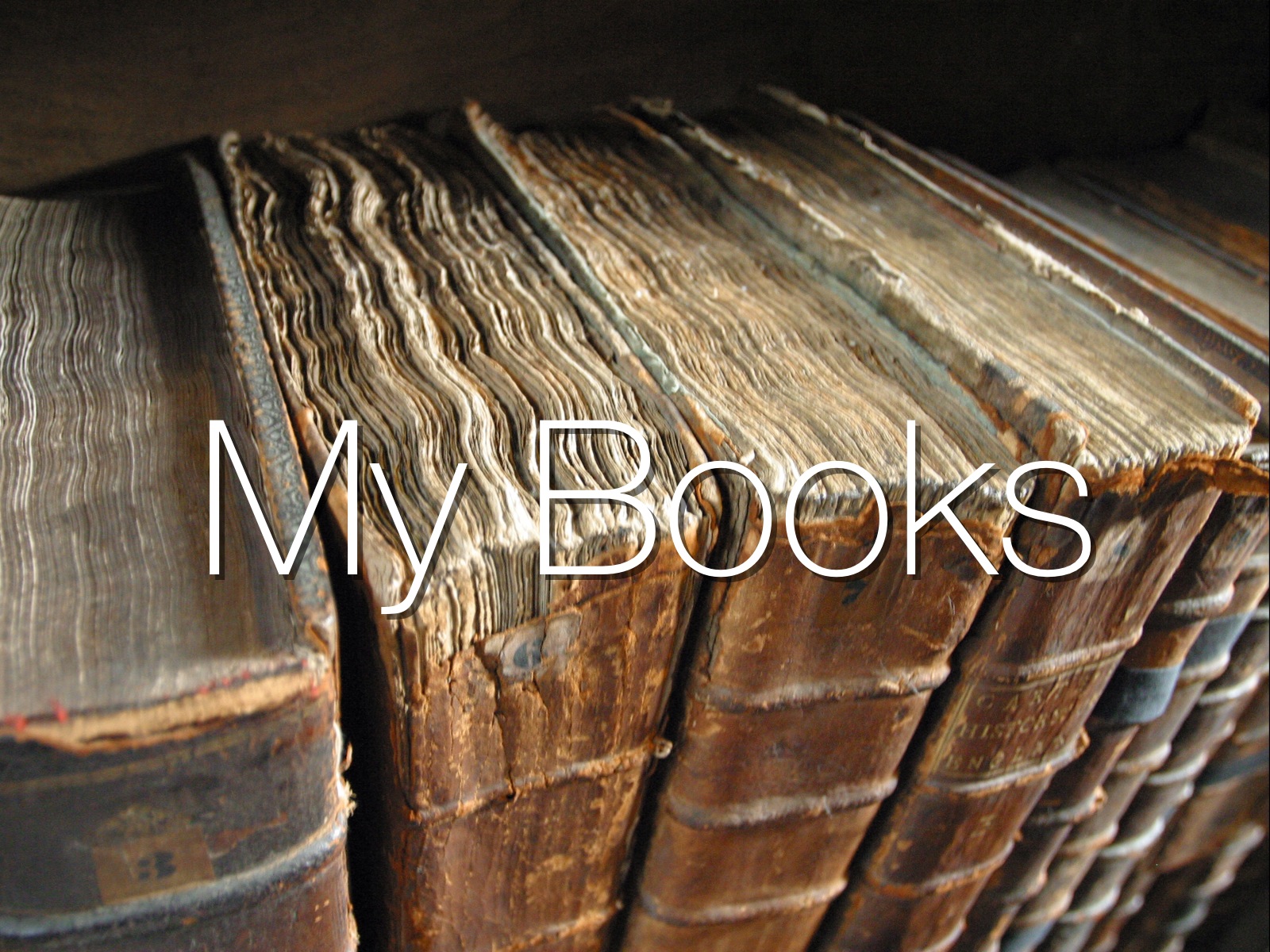 Christ’s Wait for Godot: A Theological Appreciation of Samuel Beckett (2021) Often bleak and blasphemous, Samuel Beckett’s writing is not commonly considered a source of spiritual courage and theological depth, but “Christ’s Wait for Godot” finds much to admire in Beckett’s grey world. Stephen D. Morrison leverages his expertise in Jürgen Moltmann’s theology to read Beckett with a theologian’s eye and discover many surprising parallels. By also gleaning from the insights of Paul Tillich, Karl Barth, Dietrich Bonhoeffer, and the mystical and apophatic traditions, Morrison arrives at a highly original reading of Beckett that is at once comforting and challenging.

Most critics studying Beckett’s religious themes fail to reckon with the strength of his spiritual sensibilities. But there is tremendous metaphysical depth to Beckett’s obsession with suffering, protest, longing, and hope. Morrison strives to uncover new ways of reading Beckett’s work by taking his spiritual sensibilities seriously and reading him theologically. The result is a book at once hopeful and honest. In the end, it is Beckett’s humanity that impresses us the most. And in these uncertain times, we need writers who courageously wrestle with God, truth, and meaning. 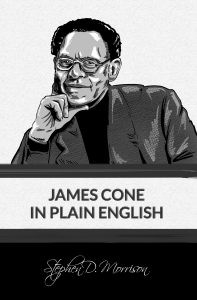 James Cone’s theology is a vital wake-up call to white Christianity. As hard as it is to reckon with the brutal legacy of racial oppression, we must repent of white supremacy. Stephen D. Morrison argues that Cone is the most important theological voice of our time, and as a white theologian, he approaches Cone’s work with refreshing honesty and vulnerability. A powerful, timely book, James Cone in Plain English is passionate and compelling. 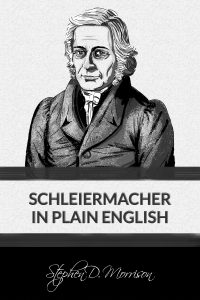 The fourth book in Stephen D. Morrison’s “Plain English Series” aims to reassess Schleiermacher’s complicated legacy. He argues that Schleiermacher is far too significant to ignore and it will only be to our detriment if we allow poor caricatures of his work to persist. Morrison also adds his voice to the growing consensus among scholars that an essential harmony can exist between Barth and Schleiermacher.

Drawing from a multitude of primary and secondary sources, Morrison focuses on coming to a new understanding of Schleiermacher’s theological masterpiece, Christian Faith. With clarity and accessibility, Morrison draws you in to reconsider Schleiermacher’s legacy. Perhaps Schleiermacher is not the “villain” of modern theology after all. 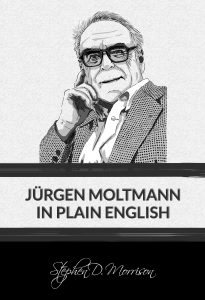 Jürgen Moltmann is a theological iconoclast, ever confronting the status quo. Stephen D. Morrison examines Moltmann’s unique theology in this clear and accessible study. It is the third book of Morrison’s Plain English Series, “by a beginner, for beginners.”

This book studies each of Moltmann’s major works of theology, including his most popular books (such as Theology of Hope, The Crucified God, and The Trinity and the Kingdom). Here we discuss Moltmann’s groundbreaking proposals for eschatology, the Trinity, creation, and the suffering of God. 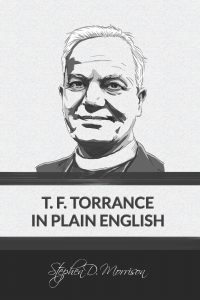 The second book in Stephen D. Morrison’s “Plain English Series,” T. F. Torrance in Plain English offers a clear and concise overview of Torrance’s scientific and evangelical theology. Written as an introduction to his complex thought, this book examines nine major ideas selected from Torrance’s many volumes and essays. This is a helpful study of an important theologian, thoughtfully written, and carefully explained for both beginners and experts alike.

Arguably one of the most influential English-speaking theologians of the 20th century, T. F. Torrance is a brilliant thinker every Christian should be familiar with. Morrison writes with passion and clarity, offering a wide and deep introduction to Torrance’s immense theological contributions. 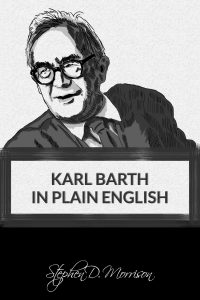 A clear and concise introduction to the theology of Karl Barth. Written from one amateur to another, Stephen hopes to introduce you to Barth’s complex thought without all the confusing theological jargon often involved in discussions of his work. By focusing on eight major ideas central to Barth’s thought, Stephen provides you with a profoundly helpful study of one of the greatest minds in modern theology.

This book is the product of years of reading and studying Barth as an amateur theologian, and presents an accessible guide to Barth with the hopes of making his theology more understandable to other “amateurs.” As Barth himself once said, “In the Church of Jesus Christ there can and should be no non-theologians.” It is in this spirit that Stephen humbly presents Karl Barth in Plain English. 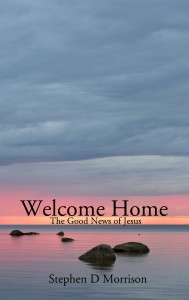 Catch a fresh vision of who you are, why you’re here, and where you belong as the author and theologian Stephen D Morrison encourages you with the good news of Jesus. In a unique and innovative way, read as he takes you to the very heart of what makes this good news so good. You are welcomed home in the embrace of a God who loves you and has given Himself to you unreservedly. But who is this God, and what is this God like? In this concise but powerful little book, you just may find yourself encouraged, challenged, and changed by its message.

Welcome Home is the work of a theologian writing to simply and clearly explain who God is and what God has done for the world in Jesus. If you’re looking for something new, something to intellectually challenge you and yet spiritually encourage you, then read this book. Drawing from the works of great theologians like Karl Barth, Thomas F. Torrance, and Jurgen Moltmann, read as Stephen expounds in simply and profoundly the good news.

Download for free from Amazon, Barnes & Noble, iBooks, and Smashwords! 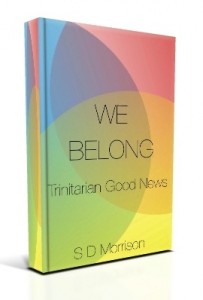 My life has drastically changed over the last five years due to a rediscovery of the Gospel! This book is a product of those five years. It seeks to answer two questions: 1) What is the Gospel? And 2) why is the Gospel good news?

Packed full of great theology from the minds of Thomas Torrance, Karl Barth, C Baxter Kruger, Jürgen Moltmann, St. Athanasius, and others, this book is highly informative and life-changing. Written to be both theologically enlightening and practically inspiring, my prayer is that this book will leave you awestruck and amazed at the Good news of Jesus Christ.

Where Was God?: Understanding the Holocaust in the Light of God’s Suffering (2014) 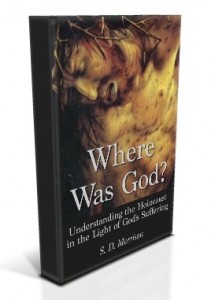 In Where Was God? theologian S. D. Morrison presents the three most common responses to the Holocaust event (determinism, atheism, and unknowing) along with a fourth option which seeks to be “truly theological”. Written as a conversation between friends, this book is easy to read while presenting deep and important conclusions.

The Holocaust event is one of our century’s greatest dilemmas. This book strives to give a clear, Christian response to its happening. Where was God? Does God remain indifferent to human suffering? How can one remain a believer in the aftermath of such tragedies? All these questions and more are discussed in this short book.

FREE when you join my Readers Group!

(Or buy a paperback copy here.) 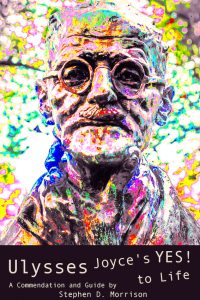 James Joyce’s Ulysses is one of my favorite novels, but it is often called one of the most difficult to read. Many have attempted to read it and find themselves unable to finish the book. In this short guide, I hope to clear up some of the difficulties by explaining each episode and exploring its various themes and motifs. Ulysses is a delightful book when you understand it as Joyce’s affirmation of everyday life. In this context, I hope to celebrate Joyce’s masterpiece and encourage readers to take up the challenge of reading it.

Buy it now on Amazon 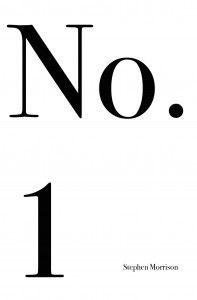 I wrote this experimental novel for my own enjoyment, creatively fusing together many of my artistic passions, from the literature of Samuel Beckett and James Joyce, the music of Steve Reich and Philip Glass, and the painting of John Cage and Jackson Pollock. The results were this strange but fascinating novel about the madness of a man called Mr. Murphy and his opponent in chess, Mr. Dike. You can read more about my process of writing the book here. I have also written a brief guide to understanding the book, which you can access here.

Buy it now on Amazon

See this article on why these works were unpublished.