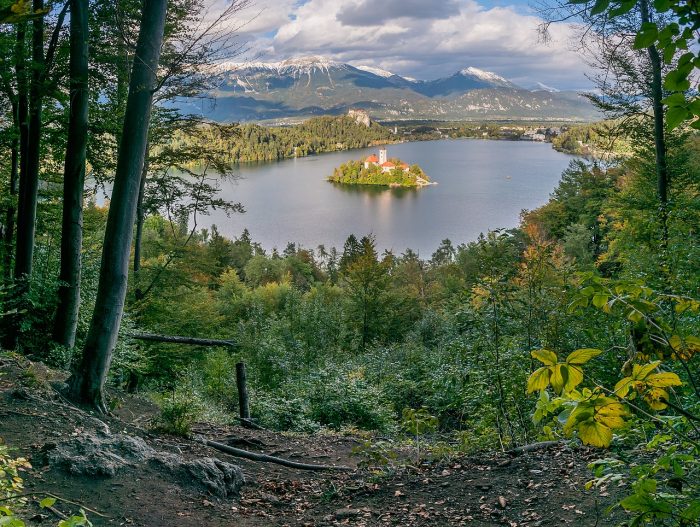 I wrote this paper for my Old Testament class at seminary, and I think it merits sharing here. The assignment was to reflect on the wilderness account and relate it to a personal or modern issue. I chose to write about the issue of “ecological fatalism,” which is persistently on my mind.

The threat of ecological devastation haunts this generation; it is a source of despair for many. A sense of hopelessness comes from the dual state of being aware of the issue but feeling powerless to do anything about it. The result is an increasing cultural mood defined by ecological fatalism. This perception is the fatalistic resignation and fearful anticipation of an unlivable world and futureless humanity—that there is no escape from impending destruction.

What might Israel’s wilderness wanderings say to these times of fatalistic resignation and hopelessness? In Numbers 13, the scouts report: “[T]he people who live in the land are strong, and the towns are fortified and very large” (Numbers 13:28). But Caleb speaks with an eye to God’s faithfulness, “Let us go up at once and occupy it, for we are well able to overcome it” (13:30). Nevertheless, the scouts again complain. However, Caleb doubles down on courage, “If the Lord is pleased with us, he will bring us into this land and give it to us” (14:8). The two interpretations of their situation could not be more at odds. In response, the Lord denies that generation entrance to the promised land (14:22-23) and condemns them to wander the wilderness for forty years (14:33). It is interesting that the complaint of the people, “Or would we had died in this wilderness” (14:2), becomes a self-fulfilling prophecy.

Today, with such fearful probabilities on the horizon of history, it is the temptation of our time to disbelieve in the faithfulness of God and give up hope for humanity. Since the “delay of the parousia,” Christians have been aware that we, too, live in a sort of wilderness and anticipate the promised land of a new heaven and earth (Revelation 21). Thus, we might learn from Israel’s failure to trust in God’s promise, even if there appears to be no hope, and to not fall prey to what Davis called Israel’s “sin of doubt” (Davis 2019, 86). The scouts had “the wrong set of eyes through which to view their experience and examine their own fears” (Davis 2019, 87). Thus, the account in Numbers 14 speaks of two sets of eyes: one of fear and unfaith and another of courage and trust in God’s promise.

Davis concludes, “divine faithfulness ultimately trumps human… faithlessness” (Davis 2019, 93). But that does not exclude the necessity of right action rooted in the correct eyes. Our hope or lack of hope affects how we engage with the ecological crisis. If hope is rooted in the promise of the divine eschaton, in the new creation of all things, then hope spurs us into selfless and courageous action in the present. Jürgen Moltmann writes, “Those who hope in Christ can no longer put up with reality as it is, but begin to suffer under it, to contradict it. Peace with God means conflict with the world, for the goad of the promised future stabs inexorably into the flesh of every unfulfilled present” (Moltmann 1967, 21). Hope refuses to accept the way things are and remains courageously “unreconciled” to every unjust present until the fulfillment of all God’s promises.

Because the “Lord is with us” (Numbers 14:10), we are called to act courageously, even in the face of ecological devastation. Eyes of doubt only lead to passive resignation and inaction, which is unacceptable in times of crisis. Ecological fatalism is sin—a choice to adopt eyes of fear (the scouts) against eyes of faith and courage (Caleb). Accordingly, this fear leads to the sin of sloth, as Barth recognized (Davis 2019, 88, citing Barth 1958, 405 and 470). But radical hope in the eschaton excludes such resignation and goads the faithful into action. Every unfulfilled promise, every injustice, is unacceptable. Hope demands action for the sake of the promised Kingdom and rejects every fatalistic resignation. Just as the complaints of the Israelites became a self-fulfilling prophecy, the fatalism of ecological indifference may produce the devastation it expects by inaction. But eyes of faith cannot accept such fatalism: “[W]e are well able to overcome it” (Numbers 13:30).

Moltmann, Jürgen. 1967. Theology of Hope: On the Ground and the Implications of a Christian Eschatology. Translated by James W. Leitch. Minneapolis, MN: Fortress Press.