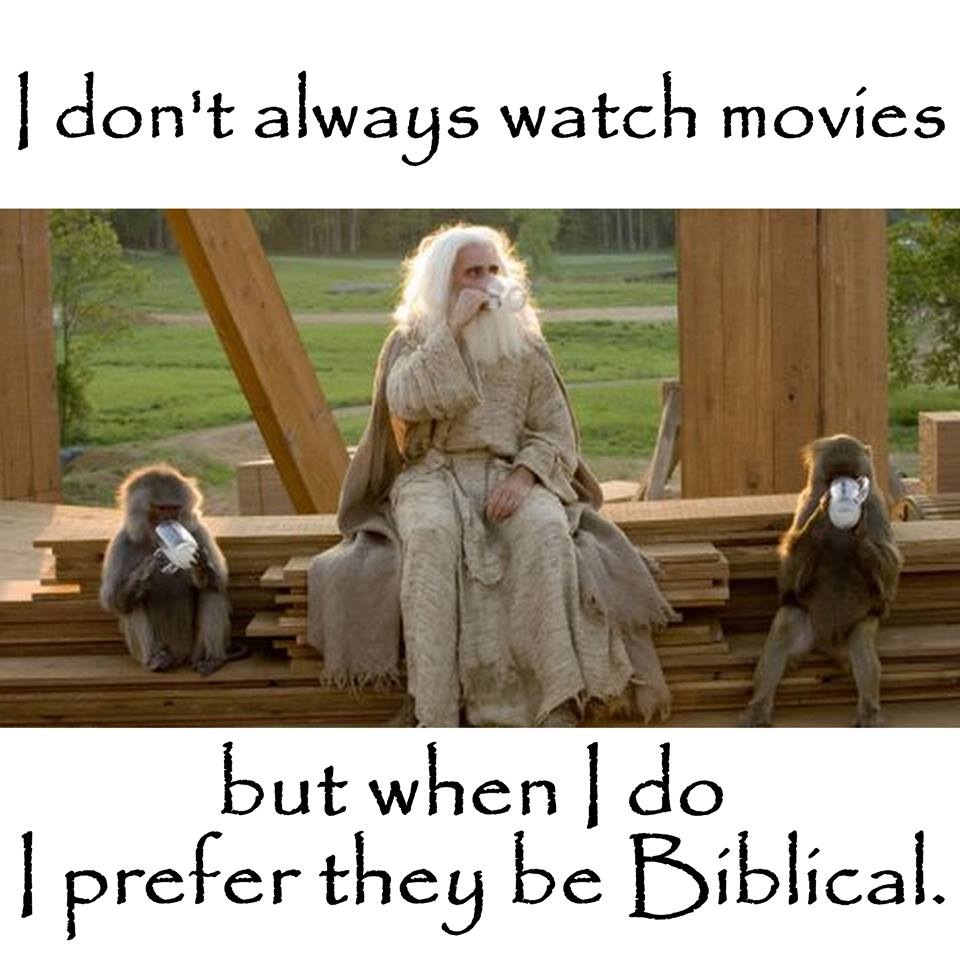 I can’t help but laugh at all the outrage amongst many Christian camps towards the new Noah movie. Whether it’s blasphemy, an attack on the bible, or an insult to Christians—the new Noah movie has stirred up quite the controversy.

But honestly, why? Sure the movie isn’t biblically accurate. But do you actually think you could find me one that is? Seriously, even the Bible movies Christians love are inaccurate. By definition there’s a difference between a movie and a documentary. There’s always going to be some creative freedom in movies.

So why get so upset over this one?

Why not get upset about Evan Almighty, for example, another movie made based on the Noah story?

I think we hate Noah but love Evan Almighty because of the messages they’re preaching.

In Evan Almighty there’s a feel-good message of being kind to others. If you remember, it’s communicated through A.R.K.: “Acts of Random Kindness”.

What’s the message of the new Noah? Take care of the environment. 1

So what if we love Evan Almighty, and hate Noah not because of scriptural inaccuracy, but because of political division?

Evan Almighty is just as inaccurate (and on some level even more inaccurate) than the new Noah. If we’re honest with ourselves, I don’t think the issue is actually inaccuracy: it’s politics.

Christianity has been in bed with politics for far too long, and in my opinion it shouldn’t be.

Jesus didn’t say “go into all the world and argue politics.” We’re not called to be political, we’re called to be powerful men and women proclaiming the Good News.

The political agenda behind the new Noah movie left a bad taste in the mouth of Christians from the political right. Perhaps—and this is purely speculation—Christians are warning each other about this movie not because it’s inaccurate, but because it’s against their politics. 2 Don’t demonize a movie because you disagree with it’s politics. Avatar was political, with a similar message as Noah, but I don’t see anyone getting upset about it.

When I see Noah, I’m going to judge it the same way I judge every movie: by simply asking, “did I enjoy it?” I suggest you do the same.

Go see Noah! Or not. Whatever…

Have you seen Noah? What did you think? Why do you think Christians are so upset about this movie? Leave me you comments below!