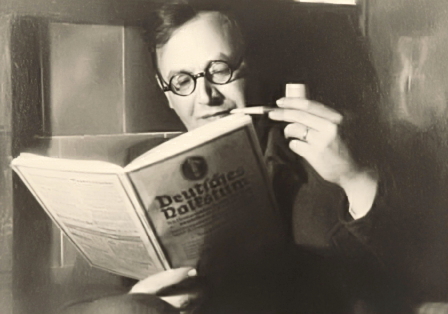 “Jacob I loved, but Esau I hated.” Paul writes this in Romans 9:13, and it has since been the cause for endless debate, especially in the protestant church. The most well known interpretation of this verse is the calvinist’s doctrine of “double-predestination”, in which God chose Jacob and rejected Esau. We therefore have these two categories: the elect and the reprobate, God’s chosen and God’s rejected individuals. The elect are those chosen by God from before all eternity to be His people, and the reprobate are chosen by God not to be His people.

Karl Barth, a reformed theologian often considered the most influential of the 20th century, has a different opinion about this. When I first read Barth it was because I had heard the rumor that he had developed a theology which explained election in a satisfactory way which retains at once God’s will to love all people and be for all people, and His sovereign grace. With this revision to election Barth offers an alternative to classic arminianism and calvinism alike.

Barth’s most magnificent treatment of election is in his famous Church Dogmatics volume II/2. This is where Barth takes a “christocentric” approach to the doctrine of election, which says that Jesus Christ is at once the electing God and the elected man. God says “yes” to Himself in Jesus Christ, and in Him God says “yes” to the human race. This is God’s self-determination to be, from before all time, God-for-us.

I’ve written about this doctrine elsewhere on my website 1, but today I want to share Barth’s comments on this verse which come from his famous The Epistle to the Romans. [LINK] Here Barth shows an early doctrine of election which he later forms more fully in CD II/2, but it is nonetheless a remarkable understanding of election. Barth writes:

“Jacob I loved, but Esau I hated. This—we again repeat it—is descriptive of the behaviour of God and of the quality of His action. Only as free, regal, sovereign, unbounded and incomprehensible, can we comprehend God and do Him honour. […] He makes Himself known in the parable and riddle of the beloved Jacob and the hated Esau, that is to say, in the secret of eternal, twofold predestination. Now, this secret concerns not this or that man, but all men. By it men are not divided, but united. In its presence they all stand on one line—for Jacob is always Esau also, and in the eternal ‘moment’ of revelation Esau is also Jacob. When the Reformers applied the doctrine of election and rejection (predestination) to the psychological unity of this or that individual, and then they referred quantitatively to the ‘elect’ and the ‘damned’, they were, as we can now see, speaking mythologically.“ 2

God rejects only because God elects; God rejects to elect. This is how Barth understands Paul’s usage of the story of Esau and Jacob. Barth rightly notes the mythological nature of predestination in the reformed theology, which focuses on the election or rejection of individuals. Barth will later understand this to be the concrete election of Jesus Christ, but even here he understands that the reformers were practicing mythological speculation when they formed their doctrine of double predestination.

Barth also seems to have in mind here the fact that God is the God of Jacob and Esau in the same way that God is the God of the old and the new creation. Barth seems to link, in the back of his thought, the sinner and the saint, the old and the new creation. Barth notes that this election and rejection is not an equilibrium, that is, it is not equally balanced. Instead, this is “the eternal victory of election over rejection.” 4 This victory of election over rejection is the victory of the new creation over the old, the resurrection of Jesus Christ in triumph over His death on the cross. This is how Barth speaks of human beings as both Jacob and Esau, because we are those who are “on the way” from death to life, from the old to the new creation in Him.

This is a fascinating look at Barth’s doctrine of election, though in an early form. Even here Barth brilliantly revises the doctrine of election, placing election properly (and rightly) at the center as God’s ultimate will for human beings. God is not the God both for and against individuals, God is the God who is for us, for all humanity!