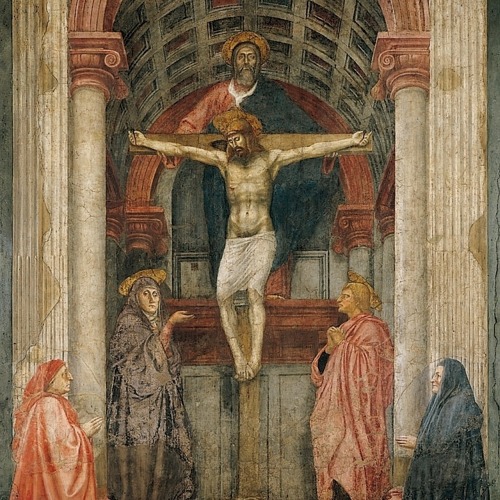 Patripassianism is the heretical belief that the Father died on the cross, that the Trinity is not three distinct persons (Father, Son, and Spirit) but one person who appears to us in three different ways (called modalism). This is not what we are talking about, modalism is a false understanding of the Trinity. But is there perhaps a more properly Trinitarian way of understanding the cross? A Trinitarian understanding of the crucifixion which does not fall into modalism, which does not exclude the Father or Spirit in the suffering of Jesus Christ, yet keeps their sufferings distinct?

Karl Barth offers a brilliant yet subtle modification to patripassianism, and Eberhard Jüngel notes this in his book on Barth’s doctrine of the trinity, God’s Being Is in Becoming. [LINK] Barth rightly rejects modalism, but at the same time he does not fall into the error of wholly removing the Father or the Spirit from the event of Christ’s suffering and death. Instead, the Father and the Spirit are involved in Christ’s death, they are affected by His suffering and by His death even if they are distinctly set apart from it.

The painting aptly entitled “Holy Trinity” by Masaccio portrays this beautifully (see above), showing the Son suffering on a cross held up by the Father with the Spirit as a dove between them. So exactly how does Barth modify patripassianism without falling into modalism? Jüngel writes:

“And so God as God has declared himself identical with the crucified Jesus. Therefore one must not exclude from this suffering the Father who gave his Son over to suffer death. ‘It is not at all the case that God has no part in the suffering of Jesus Christ even in His mode of being as the Father.’ [Barth, CD IV/2, 357] … Thus the Father, too, participates with the Son in the passion, and the divine unity of God’s modes of being prove itself in the suffering of Jesus Christ. God’s being is a being in the act of suffering. … In giving himself away God does not give himself up. But he gives himself away because he will not give up humanity.” 1

“No concept of God arrived at independent of the reality of Jesus Christ may decide what is possible and impossible for God.” 2

We cannot say that on the cross God remained unaffected by the sufferings of Jesus Christ, we cannot say it is impossible for God to suffer when by identifying Himself with Jesus Christ God has shown this to be possible. No independent thought about what God can or cannot be or do apart from the revelation of God in Jesus Christ can tell us what God is like, whether or not God suffers or is above suffering.

The Father did not die on the cross, but this does not mean we can say that the Father remains unaffected by the death of the Son. We have to say, since God has identified Himself with Jesus Christ, that God’s being is being in the act of suffering. In short, that God suffers.

Jüngel followed Barth’s insight here and developed it significantly in what’s often considered his masterpiece: God as the Mystery of the World. [LINK] With Jürgen Moltmann, Jüngel argues that God suffers in the death of Jesus Christ, that “God’s being is a being in the act of suffering.” Thus, both reject the common notion of God’s inability to suffer (impassibility). This commonly held notion that God is above suffering, that God is not a God who is affected by our death and corruption, is shattered in the light of Jesus Christ. Those who take Christ’s death seriously as God’s suffering in our humanity inevitably make this conclusion: God, in fact, can and does suffer with us in Jesus Christ.

I’ve often said here how much I enjoy the theology of Jürgen Moltmann, and this is why: Moltmann’s insistence upon God’s suffering is brilliant. But here we see this insight in Barth’s thought already before Moltmann or Jüngel made it explicit in their work. Learning this was new for me, I had not seen this from Barth’s theology until I read Jüngel’s work on it. So I’m planning to read through CD IV/2 with this in mind, as well as to read Jüngel’s God as the Mystery of the World to explore more this insight—one which I often believed to be exclusively Moltmannian, but now has appeared to be more diverse.

Does God suffer? According to Moltmann, Jüngel, and even Barth: Yes!

For more on this see similar articles I’ve written: The Weakness of God and T. F. Torrance on the Passible Impassibility of God. Also see my book on Moltmann, which is free for those in my Readers Group: Where Was God?