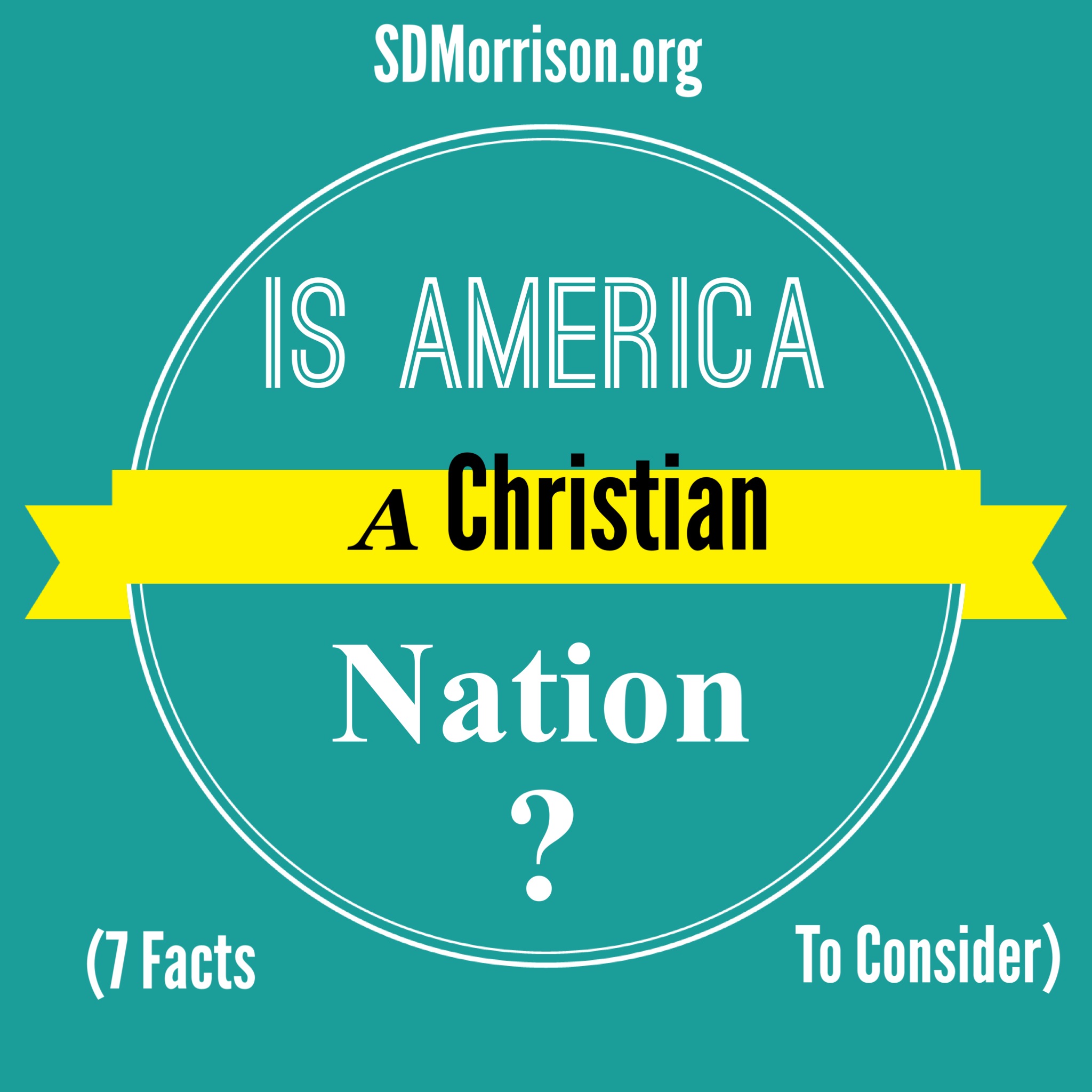 Is America a Christian nation?

It’s a question I’ve been asking myself a lot, especially this week. Coming back from a July 4th weekend, where patriotism is often mixed with Christianity, it’s easy to wonder.

I think this is an important question to answer. Biased, un-factual assessments won’t do here.

So what are the facts?

#1 We spend 700 billion dollars on the military. (See Matthew 5:44. Do we follow Jesus here? Is a big military the same as “loving” our enemies?)

#4 We have one of the highest crime rates in the world. (Crime is a tangible expression of social unease and injustice.)

#6 Deism is moral, but does not follow Jesus. (Deism rejects Jesus as divine, and instead follows an abstract vision of “god” with moral codes and rules. While sometimes appearing “Christian,” Deism is fundamentally not Christian in that it does not set to follow Jesus above all else.)

#7 The 1796 Treaty of Tripoli states clearly that the United States is “not in any sense founded on the Christian religion.” (Written under George Washington, and signed by John Adams, this treaty clearly states that America is not a Christian nation. Source: article 1, direct quote.)

There may be morals in Deism that appear similar to Christianity, but following morals is not the same as following Jesus. Our military budget and lack of serious care for the poor is a clear sign that while we may be founded upon moral ideas similar to Christianity, we are not, nor have we ever been, a nation dedicated to following Jesus. Therefore, I think it’s important to see that America is not a Christian nation.

And that’s a good thing.

We don’t need to legislate Christianity. We don’t need to moralize the country. We need to preach the Gospel. We need grace. Whenever I hear the drive to take back our nation, and return to our national roots, I question what those roots are? Moral, legalistic obedience to a set of rules (ever if they are the 10 commandments)? I sure hope not.

If we want to be a Christian nation, we have to preach grace, love, mercy, justice, and most of all, the good news of Jesus Christ. I think it is irrelevant whether or not America is a “Christian” nation. What I think matters, however, is what we do as human beings living in this country.

Yes, I love America. But no, I do not think it is some sort of second elect Israel, another nation of God’s “chosen” people. Our responsibility is not to “take back our nation” but to preach the gospel. Political indoctrination, and gospel proclamation are not one and the same!

So what do you think? Let me know, comment below!