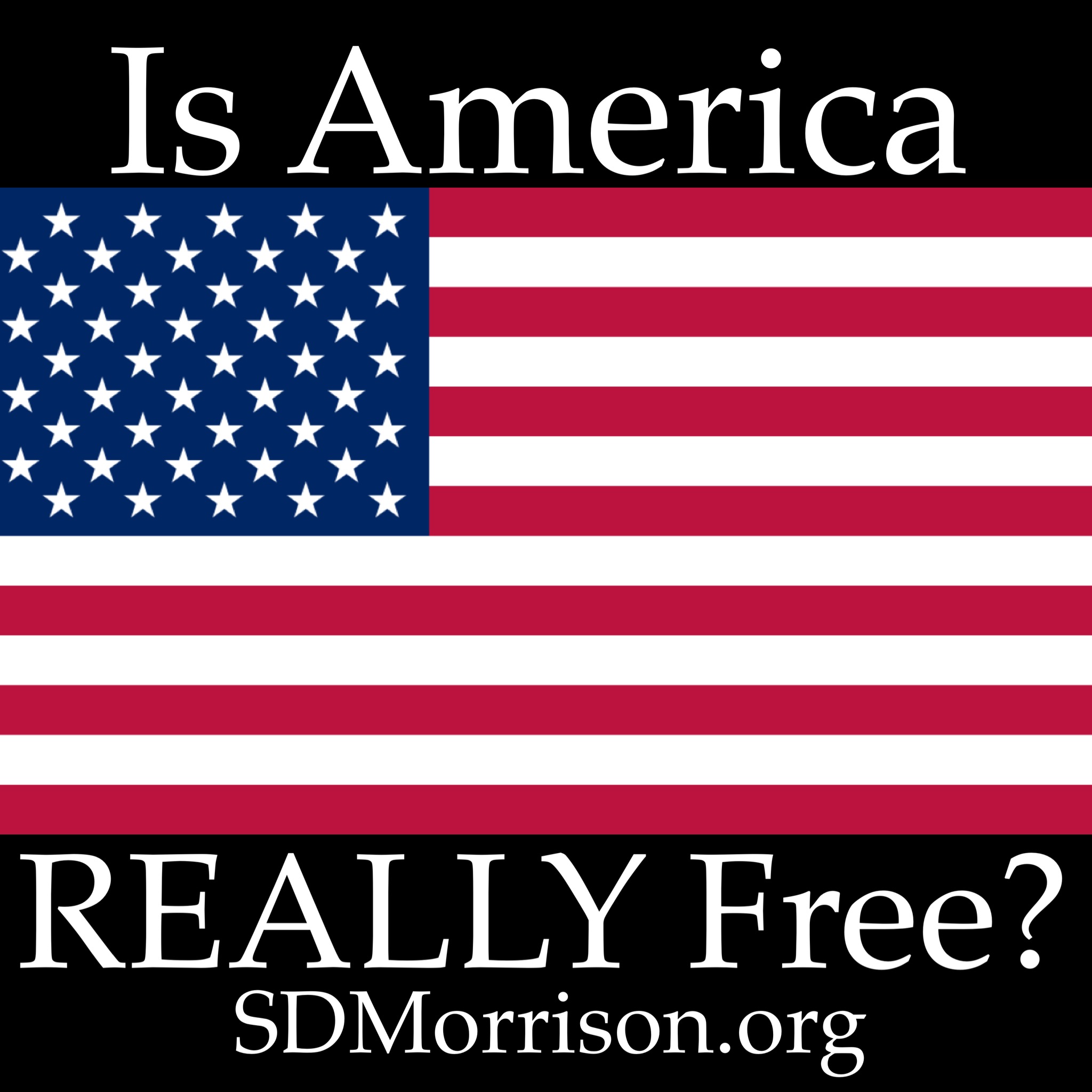 What is freedom? The American system is founded upon the notion of freedom, but what sort of freedom? And is this freedom the same sort of freedom that Jesus is talking about here in John 8? And what about this quote from Brian Zahnd, is it accurate? When freedom means carrying the bigger stick, is that truly freedom?

We say we are “free” in America, but what I think we mean really is that we are powerful enough to kill anyone who threatens our way of life. We have the biggest army, the most nuclear weapons, the best war tactics… which all begs the question: is this what makes us free?

I’ve just finished reading Brian Zahnd’s book A Farewell to Mars, 1 and prior to my reading of it, I would have said without a doubt that America is free. But after being challenged by the thoughts presented in Brian’s book, I’ve have found myself rethinking that notion entirely. Is freedom the ability to kill others? Or is freedom something more?

Brain argues that when Jesus says that “the truth will set you free” He isn’t talking about some cliche notion of “truth.” Instead, he argues, Jesus is talking about the freedom from a corrupted system of violence and war. In John 8, the context for this verse is not some abstract notion of “truth,” but rather, it is the truth that violence is not the way forward. The Jewish people were looking for a messiah who would take military force and overthrow the Roman captivity they were under at the time. Jesus here is telling them that the truth sets them free, that violence does not solve their problems, and that if they continue down the same path of Cain by establishing their society on murder, they would never be truly free. 2

Freedom means freedom from a corrupt system of violence. Freedom means loving your enemies, not bombing them. Slavery to war and to the endless “arms race” to have the biggest weapon of destruction is the exact kind of slavery Jesus is offering freedom from. Jesus continues in this passage to say this: “I know that you are the offspring of Abraham; yet you seek to kill me because my word finds no place in you.” Jesus here is essentially saying that if they truly were the descendants of Abraham, they would not give into the same system of violence and murder by trying to kill Him. Abraham put down the knife. When he stood in the face of human paganism and human sacrifice he did not carry out with the murder of his son Isaac. Abraham put down the knife. He did not give into the evil system of human sacrifice. Jesus is saying here that if they truly were dependents of Abraham, they would do the same, and that would be true freedom.

So if this is freedom, and if this is the truth that sets us free, is America really free?

If you look at the way we spend our tax money, we are not. If you look at how we act in foreign affairs, we are not. We are a violent society that claims “peace” as our goal. We give into the exact same system of murder that Jesus came to abolish in His self-giving sacrifice! We do not “love our enemies”, as Jesus clearly tells us we must, we bomb them! In doing so we have proven time and time again that we are truly not a Christian nation at all. We may bear the name of Christ, just as Constantine bore the cross to justify his acts of war, but we are far from the way of Christ. We are far from the way of peace, the freedom that Jesus came to establish as the prince of peace, and we are therefore enslaved to the same system that Cain established of murder and violence. It is the endless cycle of murder and war in the name of “peace” that Jesus came to abolish.

He did not fight His enemies to win, He laid down His life in self-sacrifical love. This is the way of Jesus. If we want to be truly free, we will follow Him.