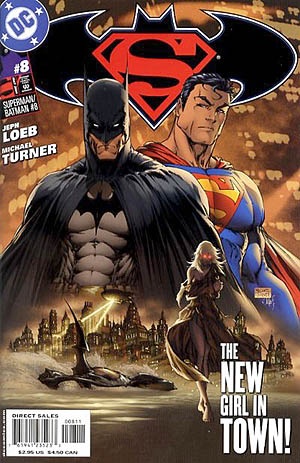 It could just be a matter of opinion. But whenever I think about who’s the more compelling character, Batman or Superman, it’s Batman hands down.

This weekend Ketlin and I went to see the new Batman Vs. Superman movie, and I was thinking a lot about this watching it. Without commenting on the movie itself, which I did enjoy, it was clear to me in comparing these two stories who was the more relatable, compelling superhero. Batman was who I found myself rooting for, even if in this movie he was slightly misguided by some bad assumptions.

Here’s why I find Batman more compelling. 1) He’s a human character with real emotions; a man who can suffer and die. 2) He changes, both in character and in opinion. He’s flawed, and he’s in process.

In contrast, Superman is less compelling. 1) He acts like an inhuman character barely with any emotion. While he has suffered the loss of others, he has hardly suffered himself. And he can’t die. So what does he really risk in the end? 2) He’s often portrayed as a moral absolute, who’s rarely wrong. He rarely changes his mind because he is this moral absolute.

In the final analysis Batman will always be, at least for me, the more relatable character, the character who risks the most, suffers the most, and who grows the most. Superman falls flat in comparison.

Now here’s an interesting question: which character is more like the God of Jesus Christ?

In traditional theology the answer is simple. God cannot suffer or die; God cannot change. In technical terms, God is impassible and immutable. Therefore, God is more like Superman.

But does this mean we have a God we cannot relate to? In a sense: an inhuman God, an abstract divinity?

Jürgen Moltmann once said, in response to the horrors of the holocaust, “To speak here of a God who could not suffer would make God a demon.” 1 And Dietrich Bonhoeffer has also said, “Only the suffering God can help.” 2

If God cannot suffer in the face of our suffering, if God is incapable of suffering, God is a demon. An impassable God is a cold God who remains unaffected by our human calamity. But thankfully this is not the God of Jesus Christ.

The God of abstract philosophy, the impassable and immutable God, is an inhuman God. We cannot relate to this God. Perhaps this is why so many give up on God in the face of tragedy and hardship? Isn’t that the common question? Where is God in suffering? If God exist, why hasn’t he done anything about suffering?

But in Jesus Christ God stands in solidarity with mankind and our suffering. God suffers with us. As Jürgen Moltmann says, “God weeps with us so that we may one day laugh with Him.”

God is not Batman, but in the face of suffering and death God is closer to him than Superman. Because in Jesus Christ God truly and actually risked Himself, He truly and actually suffered and died. And therefore, we have a brother in suffering, a friend in death. We are never alone in our darkness.

(For more on God and human suffering, see my book, Where Was God?, currently FREE when you sign up to my Readers Group.)