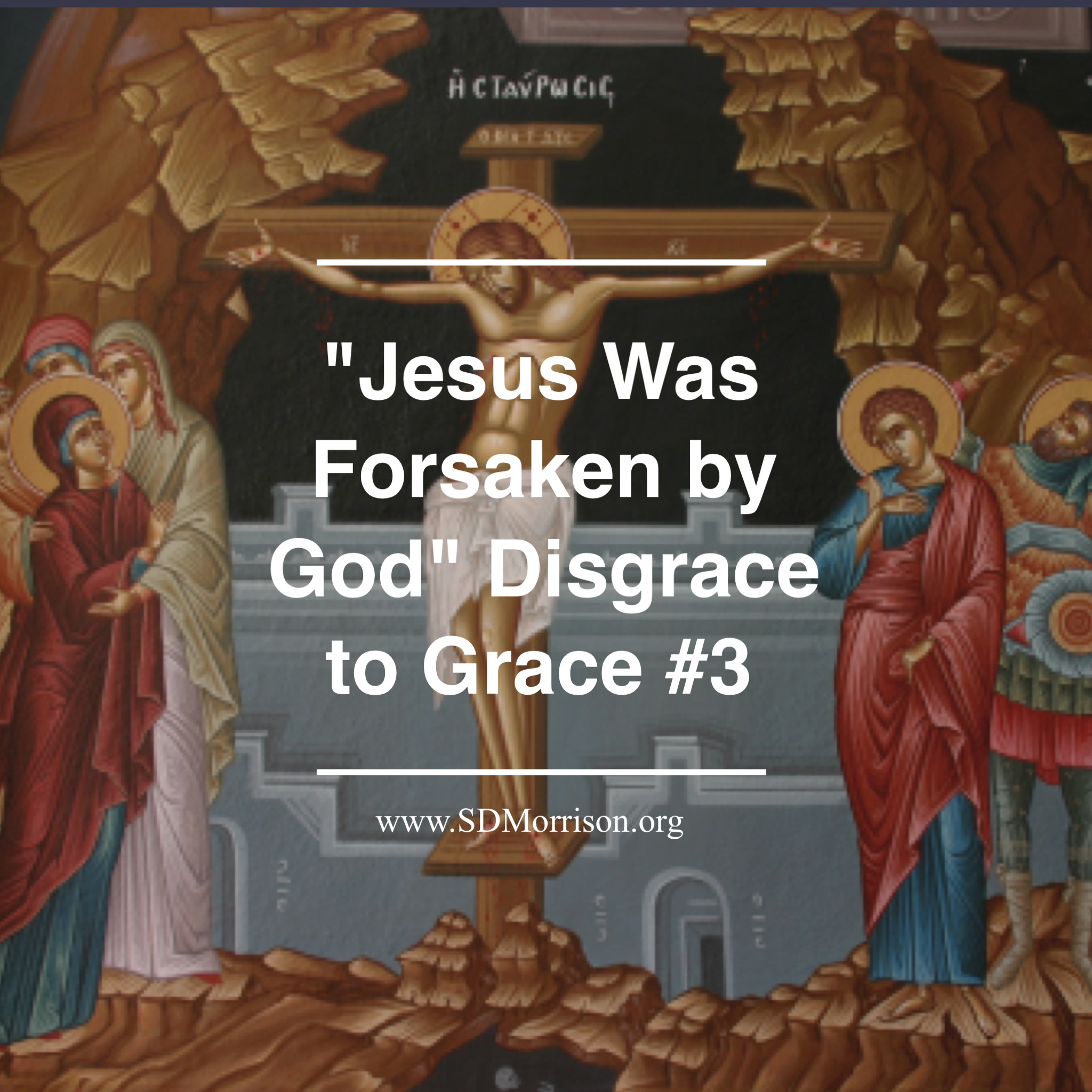 Disgrace To Grace is a series of articles written to debunk doctrines that I believe have hijacked the Good News of God’s outrageous grace. Here’s #3, enjoy!

Last week we talked about Penal Substitutionary Atonement (PSA), and several of the reasons why I disagree with it. Today I want to debunk another aspect of what PSA teaches.

Growing up I often heard Matthew 27:46 1 quoted in presenting the Gospel. The preacher would say something along these lines:

“God is to holy to look at sin. When Jesus died on the cross, the Father turned His back on Him. He abandoned Jesus, and forsake Him to die…”

But did the Father really forsake His Son on the cross?

Let me tell you some good news: Jesus, His Father, and the Holy Spirit remained inseparable on the cross. Jesus was not abandoned by His Father!

But how can I come to such a conclusion? Doesn’t Matthew 27:46 clearly say the opposite?

Here’s the deal. This is exactly why holding the bible in its proper context is extremely important. Yes, this verse does say this, but it should not be taken at face value apart from the right context.

Without the right context  for this verse you could easily (but wrongly) assume that Matthew 27:46 are Jesus’ words. They are not!

Jesus is quoting David from the Psalms.

Psalms 22 to be specific. Psalm 22 is a prophetic Psalm foretelling the death of Jesus. 2 Psalms 22 starts with “My God, my God why have you forsaken me?”

Essentially Jesus here is quoting the first line of a famous song that every good Jew would have known by heart. Jesus wasn’t making a statement about how His Father left Him. Jesus is declaring the He is the Messiah.

And this is ultimately how I know that the Father did not forsake Jesus on the cross: Psalms 22 clearly says so!

Check out verse 24: “For he has not despised or scorned the suffering of the afflicted one; he has not hidden his face from him but has listened to his cry for help.”

Jesus was not forsaken by God! The perfect union of Father, Son, and Spirit remained unbroken!

God did not forsake His Son on the cross. As Paul writes, “God was in Christ reconciling the world to Himself.” 3

Where was God on the cross? He was in Christ. He did not forsake His Son, nor did He abandon Him! He was right there with Him! The cross was the seamless act of an undivided Trinity.

“My God, my God, why have you forsaken me?” is not a prayer of Jesus. Every single prayer of Jesus starts with “Abba! Father!” The Trinity remains undivided!

What do you think? Leave me a comment below!