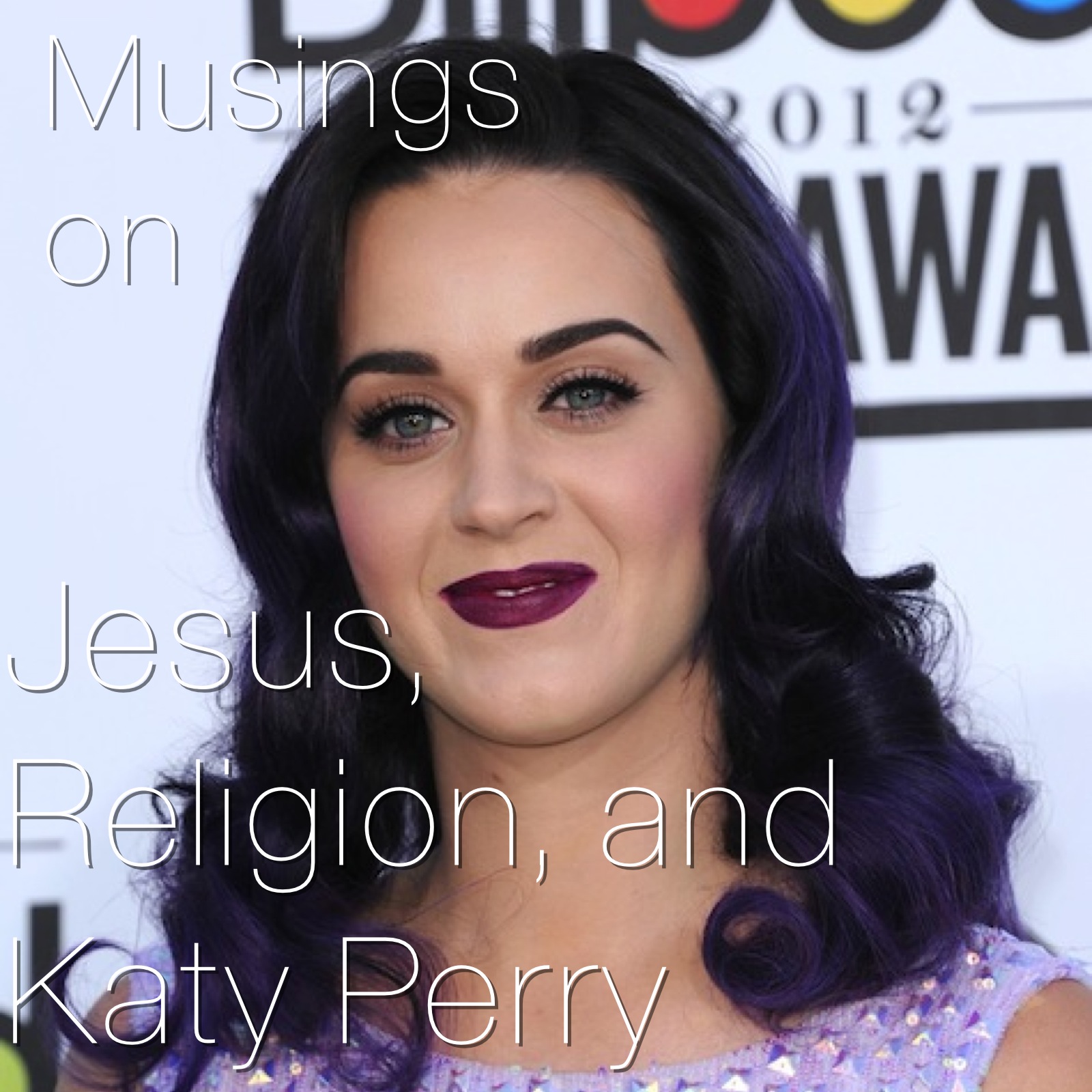 I hate that we have made this divide between what is “secular” and what is “sacred”. I believe Jesus came to tear down that divide. He came eating and drinking with sinners, outcasts, and losers. He did not come as a separatist. He came as a human.

The chief opposition to Jesus during His life wasn’t the lost. It was those who thought they had it all together: the Pharisees. The word pharisee literally means “separatists”. Separatists are simply those who separate themselves from humanity through either religion, philosophy or moral hierarchy.

I would argue that the church today is full of a separatist mentality.

We have whole industries separated out from society for the sole purpose of being sacred and separate. Why? Can Christians not go to the same schools as non-believers, or eat at the same fast-food joints, or listen to the same music? the art of being morally acceptable. The work of Christ was universal- meaning that it applies to everyone. No one is excluded. Everyones an insider to what Jesus Christ has accomplished on the cross. The Gospel is for all mankind, not just for the select few who have managed to get their act together.

Although we often say that we are “in the world, but not of the world”, how do our actions reflect that? Can you honestly say that you believe the Christian church is in the world? Are we rubbing shoulders with the outcasts of society, the drunkards, the losers, and the down and outs?

Some are. But are we all? How many Christians go to their local bars just to hang out, and make new friends? Not because they’re trying to invite people to church or accomplish some religious duty, but simply because they genuinely want to? No agenda, just loving people?

Probably very few, if any. We have become so known for what we don’t do that we have no idea who we are as Christians. We aren’t known for love, we’re known for separating ourselves from the world. I’ve never heard a non-believer say that Christians are the most loving people they know. They’re more likely to recognize Christians for what we’re against, not what we’re are for.

Christian music is just the tip of the iceberg for this whole thing. It’s not that Christian music in and of itself is wrong, but the idea behind creating a system that is separate from society is problematic and contrary to the command of Jesus to preach the Gospel. There is a Christian radio in my home town that I used to listen to growing up. It’s tagline is “positive and encouraging music”, but in my mind every time I listen to this station my response is the exact opposite. “Discouraging, and filled with bad theology” is probably a more fitting tagline. (I’m not trying to be harsh here. Like I said, just honest.)

The truth is that I get more encouraged by “secular music” than most “Christian music”. Especially recently.

Don’t get me wrong, there are Christian songs that have impacted me tremendously. I am incredibly thankful for them. Great music from Bethel, Benjamin Dunn, Jonathan David Helser, and Godfrey Birthill to name some of my favorites.

However, recently it seems like I get more encouraged and the Lord speaks to me more through “secular music” than through “Christian music”. Perhaps it could be a part of the season I am in right now in life, but regardless there is still something to be said when a Katy Perry song can wreck my heart with the love of God more than the hippest worship band can.

Here are the lyrics that always get me:

When I first heard this song I was wrecked with how good God is. It’s truly a fantastic song. I probably listen to it every day.

These lyrics are full of more Grace than most Christian songs I know. Christianity is overrun with morality, and religious duty. Our music, and our spiritual climate is that of self-imporvement, and behavior modification. We aren’t preaching Grace, we’re preaching morality. (Well not everyone. I know this is an extreme over-generalization.)

It’s just funny to me that God uses Katy Perry to preach Grace more than some preachers.

The point here isn’t to bash Christian music, or the church. Nor am I trying to say that you should stop listening to Christian music. There’s two ideas I want to get across.

First of all, don’t feel bad if you like “secular music”. I used to think it was a sin to listen to secular music. Thank God I don’t anymore! You are more than welcome to listen to whatever you please. Don’t feel like you are stuck listening to lame Christian songs that all sound the same. Creativity is a part of the nature of God. A good, well written, creative song is sometimes more glorifying to the nature of God then a song that’s trying to  be Christian. Just listen to music you like. It really should be that simple, but religion has a way of making simple things complex.

The second and perhaps larger point I want to make is this: there is no such thing as “sacred”, or “secular”! In the death and resurrection of Christ the whole world has been reconciled back to God (2 Corinthians 5:9). God holds all things together, and He is the all in all. (Col 1:17) The divide between sacred and secular is an illusion. There is no such thing!

So what do you think? Is Christianity wrong in dividing the world into sacred and secular? Comment below!