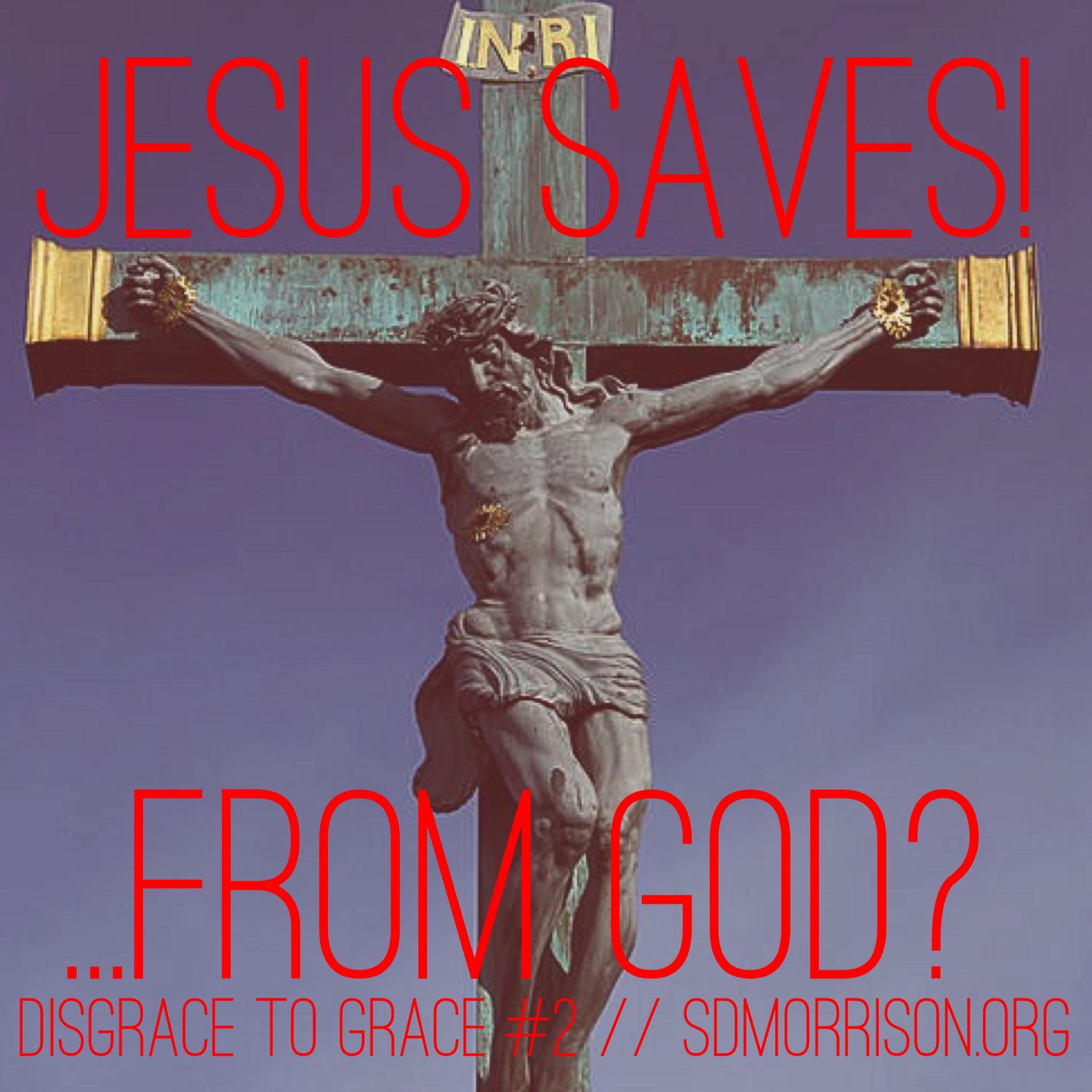 Disgrace To Grace is a series of articles written to debunk doctrines that I believe have hijacked the Good News of God’s outrageous grace. Here’s #2, enjoy! I want to talk about Penal Substitutionary Atonement today (PSA for short). Chances are you’ve probably never heard that term, but I’m sure you’ve been influenced by it.

PSA sounds like this: “God is a judge, and you are on trial. You’re guilty. You’ve sinned; God sentences you to death. He’s about to slam down the hammer, sending you off to eternal punishment, when suddenly Jesus steps in and offers his life in your place. He suffers the wrath of the judge, and you are forgiven your debt.”

PSA is Penal (to punish) Substitution (in our place) Atonement (to bring about redemption). It is a theory 1 of atonement, held popularly in Christianity, that claims Jesus died in order to appease the wrath of God.

Now, I have several issues with this theory of atonement. I don’t plan to address every issue I see here, but I hope to show you, at the very least, a few of the fundamental flaws in this theory.

I do plan on writing much more about this (both articles and eventually books), so this is definitely not the full scope of what I wish to say. But this will serve as a good introduction to why I have called Penal Substitutionary Atonement a “Disgrace to Grace.”

This view of atonement, I believe, undermines the Trinity. PSA is a theory that is fundamentally anti-Trinitarian.

The Trinity should be central to our way of thinking about God. At no other place is this more vital then the cross, because the cross is essential to the Gospel story.

Within this model you get a very dualistic vision of the Trinity. On one side there is a holy judge demanding punishment, while on the other side there is a loving Jesus appeasing him.

This is not only an inconceivable flaw in logic, but a slap in the face to the early church who fought hard in defending the doctrine of the Trinity.

You can’t separate the inseparable Trinity!

PSA goes against Jesus’ union with His Father: “I and my Father are One.” 2 This union between Father, Son, and Spirit must remain central. The will of God is undivided. PSA splits the Trinity, making the will, and action of Jesus separate from that of His Father’s. Which I believe, is catastrophic.

The Dark Side of Jesus:

Did the fall of Adam change us, or did it change God?

Obviously, the Garden changed us, not God. So who then did the cross seek to fix? Did the cross fix us, or did it fix God?

If PSA is correct, then the cross dealt with God, not us.

PSA flips the Gospel on its head. If Jesus died in order to meet a legal requirement within the heart of God, instead of fixing us, and our sin, the cross becomes about fixing God. 3

In other words, according to PSA, Jesus died in order to deal with the “dark side of God.” Jesus may be loving towards sinners, but His Father is furious and filled with wrath. When Jesus died, He died to appease the wrath of God. (To deal with His “dark side.”)

No wonder so many Christians love Jesus, but fear His Father! We’ve been taught that God has a dark side. Heck, even Martin Luther admitted that, while he loved Jesus, he wasn’t sure about His Father.

History, and The Church Fathers:

Additionally, this theory of atonement is actually relatively new. Not a single church father held to this belief. 4 It was first attributed to a man named Anselm in the 1100s. A whole century after the life of Christ! Early church father Athanasius, for example, seemed to have held primarily to the Christus Victor view. 5 Historically, PSA was only taken seriously after the 12th century. Which is not to say that new theories are automatically wrong, and old theories right. Rather, it is to say that there’s something wrong with a theory of atonement that is disconnected from the early church. (Those who witnessed first hand the life of Jesus.)

It’s not just the early church who reject this theory either. Do you like C.S. Lewis? He didn’t align with PSA. 6

Jesus did not come and die in order to appease the wrath of God. He didn’t come to save you from His angry Father.

The Cross is a revelation of love, not wrath!

The Cross was the act of the whole Trinity: Father, Son, and Spirit. “For God was in Christ, reconciling the world to Himself..” 7

Now I know this may be a big stretch for some of you, and I understand that, it was for me too. But there are just too many errors in this theory of atonement, and it’s gone unchallenged for long enough. 8

Over the next few weeks I plan on coming back to this topic. Until then, please feel free to leave me any question you may have about this, as well as any objections.