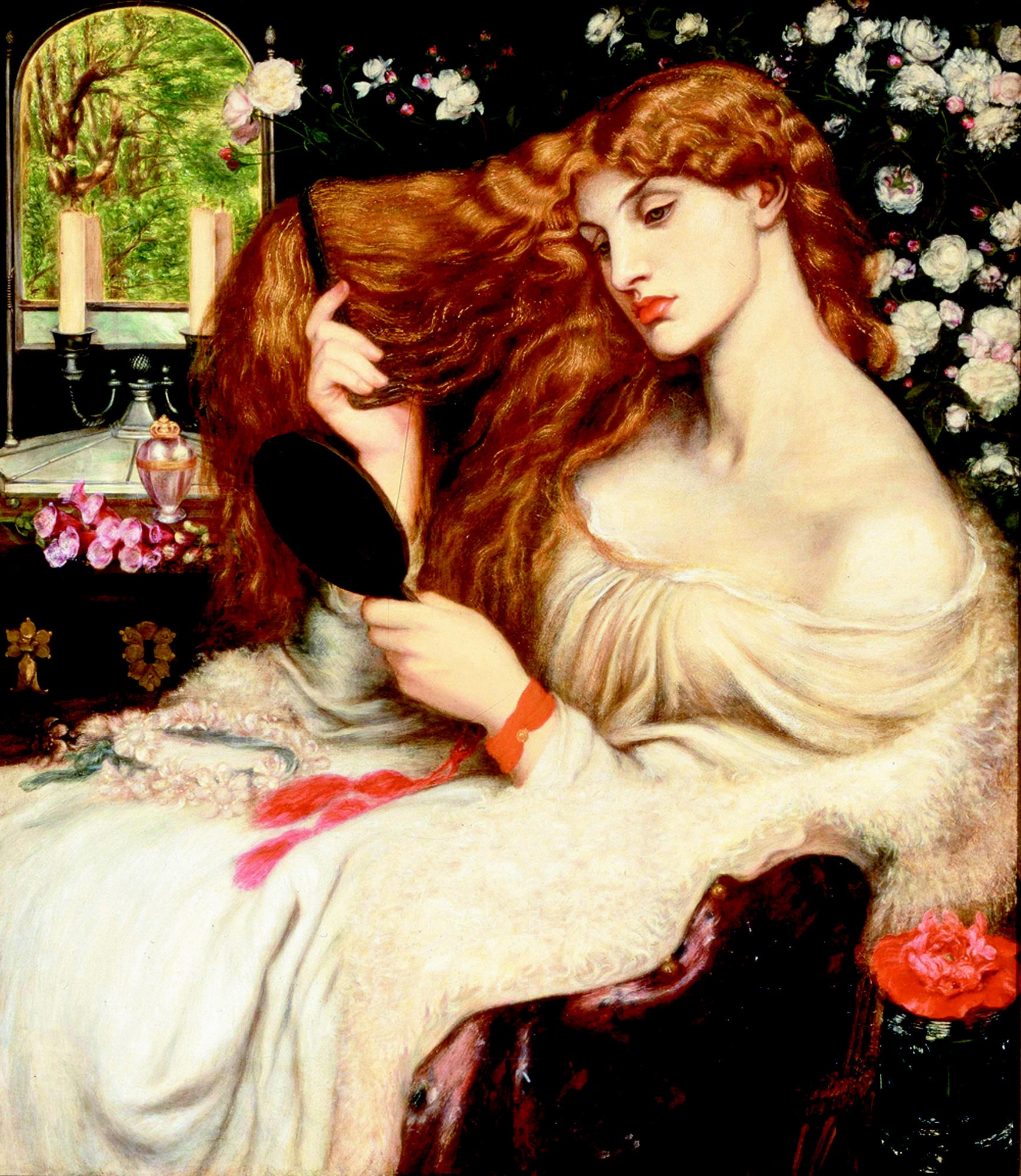 “The real voyage of discovery consists not in seeking new landscapes, but in having new eyes.”

She had gone this way before, walking through these woods as she often did. Though she must have gotten turned around somewhere, because all of a sudden she found herself in a new,  technicolor world. The trees were orange, their leaves purple. The dirt was red. The sky, however, remained blue, yet it seemed all the more blue than it ever was before. She hadn’t noticed any of this before. As she had walked time and time again through these woods never had she encountered such a surprising sight. But it enchanted her to no end. Why, she thought, I must be dreaming.

But she was certainly awake. As she kept going on the path, which slowly became less and less familiar to her, she began to notice the next absurdity. She met the enormous sound of the woods. She found herself swept up in them like a leaf in a wind. Before she could stop herself she was dancing, like she had never done before. She strolled and moved to the cassations of these woods, to the meditation of their secrets.

Dancing from tree to tree, examining more deeply the sights, listening more fully to the sounds, she felt the exuberance of existence as it raced through her veins. Before long, the sounds and the colors, so grand and so vibrant, became one. She understood with her ears what her eyes could not perceive in the colors of life, the trees and the sounds were together one, and she for the first time in her life noticed how utterly together they were, how completely inseparable all her senses became. And the smells, oh the smells! It was as if all the memories of her life as a child stood up and walked out of her brain, by way of her ear canal, and danced right to tickle her nose. The delights of home, the smells of mother, of supper, of their cabin, of pie baking on Sunday afternoons—it was all real, it was all now.

She felt the tingling of life on her skin, the freedom of being, so much so that she stripped. Clothes were just a burden now, a barrier standing between herself and life. And oh how suddenly she was aware of this life, as she had never been before, she breathed it in with gusto, she barely blinked attempting to devour it all, to become a part of it. It was as if her life before this moment was as a fish without water, merely copping with existence, and now finally—finally!—she was home, where she belongs. She found herself joyfully thrown back into the ocean of existence. She lived. She danced.

And in her celebration she felt nothing but joy and hope. She laughed at her fears as they melted away. As her bare feet danced on the crimson earth, she could hardly keep her giggles from bubbling up and out of her belly. It was as if rejection was only a dream. It was if acceptance was the only reality. She basked in it, breathed it in, deeper and deeper. In three seamless movements she danced in this love, in true reality.

Though she was unaware of a pair of eyes taking interest in her, until now.  She felt them before she met their gaze. In the corner of the forest near a small lake, there stood a nixie. The nixie was hiding behind a bush, watching her. But knowing she was caught, the Nixie approached. She asked, “Hello, who might you be?”

“And what are you doing here Lilith? Don’t you know you have to earn your way into this place? The master won’t allow just anyone in!”

“Oh, I’m dearly sorry, what is it I must do to remain? It is a lovely place, and I absolutely must stay here.”

But Lilith, for the first time since she stepped into these woods, felt a shiver creep up her spine. She didn’t belong here? But she knew she did, she felt it more deeply than anything she had ever felt before. She knew it was her home, and so she determined to do whatever the Nixie asked.

“It’s simple really, all you have to do is listen to my song. I’m a terrific singer, you’ll enjoy yourself. But only after you’ve shut out all the other sounds, then you will hear my voice you’ll be changed. Then you’ll be accepted here.”

“Why must I shut out all these other sounds, they’re so lovely!”

“Oh, but you must.” She said as a devilish grin came across her face. “You will only be changed by shutting out everything else except my voice. It takes discipline, undoubtably, but don’t you want to earn your place here? Don’t cheapen this place with an illusion. It  certainly isn’t easy to get in, to belong here. It’s only given to the worthy. So this is what you simply must do.”

“Well, okay. I suppose I will listen. I’ll shut one of my ears so then maybe I’ll hear better.”

With this the nixie changed. Suddenly this beautiful creature became a monster. She began to sing loudly, without ceasing. And Lilith was trapped. The ruckus bound Lilith. She was trapped by the haunting sounds that proceeded from the nixie’s barbaric mouth, distorted and ugly. These sounds were hollow, unlike the sounds of the woods. But Lilith could not, as hard as she tried, hear them again. Only the beastly grumble of this dreadful nixie could she hear.

Until everything went black.

Her head throbbed as she opened her eyes to the yellow sun. It was piercingly bright yet engrossingly dull. The trees looked strange, but she didn’t know why. They were as she always remembered them, brown and green and luscious. Maybe it was this awful headache. She was dizzy and confused. Coming-to, the first thing she noticed, much to her grave embarrassment, was that she was utterly naked. What had happened to her and why she was laying on this cold dirt naked? She hadn’t a clue, however harshly she interrogated her brain. All was blank, she knew nothing. When she finally found her clothes she quickly put them on. She somehow remembered this part of the woods well enough, thankfully, to know how to get home. Fighting her throbbing head all the way, she walked back to normalcy. Yet, the entire way home she could not keep herself from the burning of a faint yearning in her heart, and she never could quite put words to its meaning.