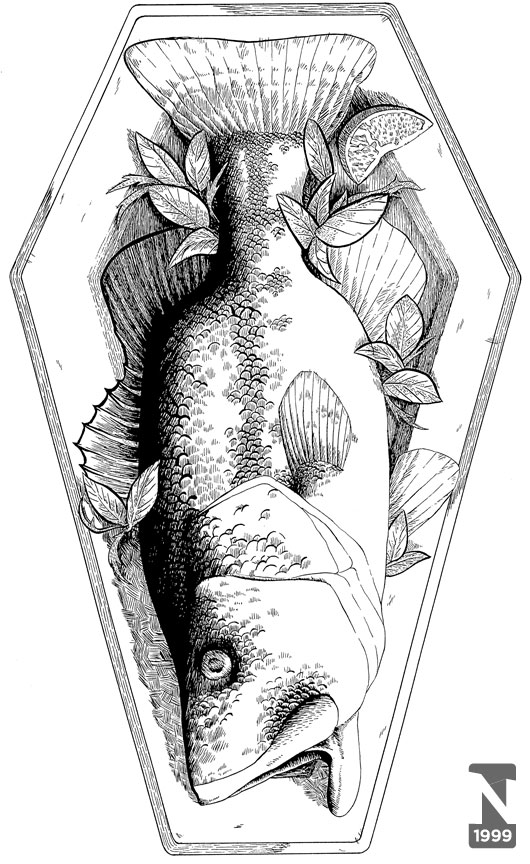 [With apologies to William Faulkner.]

My mother is a fish.

Darl killed her, I saw it. He took that knife and then all there was was was nothing but red stained grass by the porch I saw it I swear. Darl. Darl. Darl. He didt.

I cut breathing holes in her box that Cash done made for her, but they werent too happy about my doing it. She needs to breathe in that box, I says. But they wouldnt listen to me. I was only thinking of momma.

Mother was shut up in her room all day long with Dewey fanning her like she did. It wasnt that I thought she was doing her harm with it, but everyone would talk so hushed whenever they walked out of that room it mustuv been bad for her. They told me mom aint well. I know that but when can I see her? She hasnt read me no story for so long a time. She wont have the strength to, pas telling me. But I know my momma. She a strong woman, until Darl killed her.

We crossed the river with momma. Then Cash dropped her and Darl tried to go after her. I knew it, I knew Darl was no good. He made mother a fish, I told you she was. You knew she was a fish Darl and you let her go

Down the stream she was lost like any other fish there was why did we have to take her anyways pa said she insisted upon it, ma being a set in her ways woman whatever it means. So Darl lost her, though I told him she was a fish because he didt to her. He didt to her. He done made my momma inta fish.