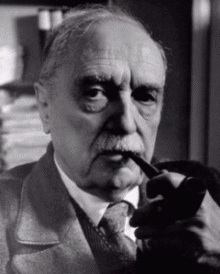 Today I began a “new theological adventure” as I picked up a book I’ve been excited to read for sometime now: David W. Congdon’s Rudolf Bultmann: A Companion to His Theology. (Link.) So far I’ve enjoyed the book a lot, and it has sparked a deeper interest in Bultmann than I already had. I know of Bultmann through reading Barth; although because it’s by reading Barth that I know Bultmann, I’ve come to know Bultmann negatively, as an unreconcilable figure theologically.

But after reading about a third of Congdon’s book this morning, I am looking forward to the challenging but interesting task of learning more from Bultmann, and, in another sense, to understand Barth better accordingly. In the foreword of CD IV.1 Barth notes that he is engaging with Bultmann throughout the volume, saying: “…I have found myself in an intensive, although for the most part quiet, debate with Rudolf Bultmann. His name is not mentioned often. But his subject is always present…” Barth continues to say how he respects Bultmann, but that he wishes he could do him greater justice. Their relationship has been described by Barth as the meeting of an elephant and a whale “with boundless astonishment on some oceanic shore.” (The Postbartian has a great article on this.)

So I have often thought that Barth and Bultmann are a lot like Barth and Schleiermacher: polar opposites, diametrically opposed to one another. But as I’m beginning to see, thanks to David’s book, this isn’t necessarily true. They definitely had their differences, but there’s a lot in common with them as well. An interesting insight from the first chapter where Congdon discusses Bultmann’s eschatology revealed that early Barth and Bultmann shared the same outlook. Barth later left this behind, but Bultmann continued in the same track.

In this article I wanted to outline some of the resources I plan to explore, including books and articles on Bultmann, as I dive into the thought of Bultmann.

First, I am planning to finish Congdon’s book and maybe even write a full article on what I learn. But after that I will dive into the following resources I’ve found around the web, and books I own.

(All resources are primary sources, with the exception of Barth’s essay on Bultmann.)

“The Concept of Freedom in Christianity and Classical Antiquity” – Audio Lecture

“Jesus and the Word” – PDF from Religion-Online

“Kerygma and Myth” – PDF from Religion-Online

“Rudolf Bultmann—An Attempt to Understand Him” – By Karl Barth

At the moment I only have two books on my shelf from Bultmann, but they are his two of most well-known (as far as I can tell): Jesus Christ and Mythology and Theology of the New Testament.

I’ll probably begin with the first, after going through the web links with special interest in Barth’s essay on Bultmann. Congdon has a list of recommended books in the back of his book, and so I’ll probably be adding a few of those as well to my small collection. I might even brave Congdon’s massive (1,000 page) work on Bultmann: The Mission of Demythologizing. But one step at a time.

Until then I’m looking forward to reading Bultmann firsthand and exploring his thought, which seems as fascinating as it is complex.