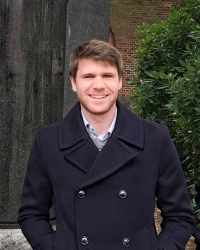 Follow me
Stephen D Morrison
Writer at SDMorrison.org
Stephen D. Morrison is a prolific American writer, ecumenical theologian, novelist, artist, and literary critic. A strong sense of creativity and curiosity drives his productive output of books on a wide range of subjects.

Follow me
Latest posts by Stephen D Morrison (see all)

“It may be an overstatement, but I can think of no figure in recent theological memory misunderstood more severely than Friedrich D. E. Schleiermacher… But I am here to say he is not who you think he is. Schleiermacher is not the ‘villain’ of modern theology. That old, marred image is in dire need of revision.”

The fourth book in Stephen D. Morrison’s “Plain English Series” aims to reassess Schleiermacher’s complicated legacy. He argues that Schleiermacher is far too significant to ignore and it will only be to our detriment if we allow poor caricatures of his work to persist. Morrison also adds his voice to the growing consensus among scholars that an essential harmony can exist between Barth and Schleiermacher.

Drawing from a multitude of primary and secondary sources, Morrison focuses on coming to a new understanding of Schleiermacher’s theological masterpiece, Christian Faith. With clarity and accessibility, Morrison draws you in to reconsider Schleiermacher’s legacy. Perhaps Schleiermacher is not the “villain” of modern theology after all.

There are no reviews yet.

Be the first to review “Schleiermacher in Plain English” Cancel reply