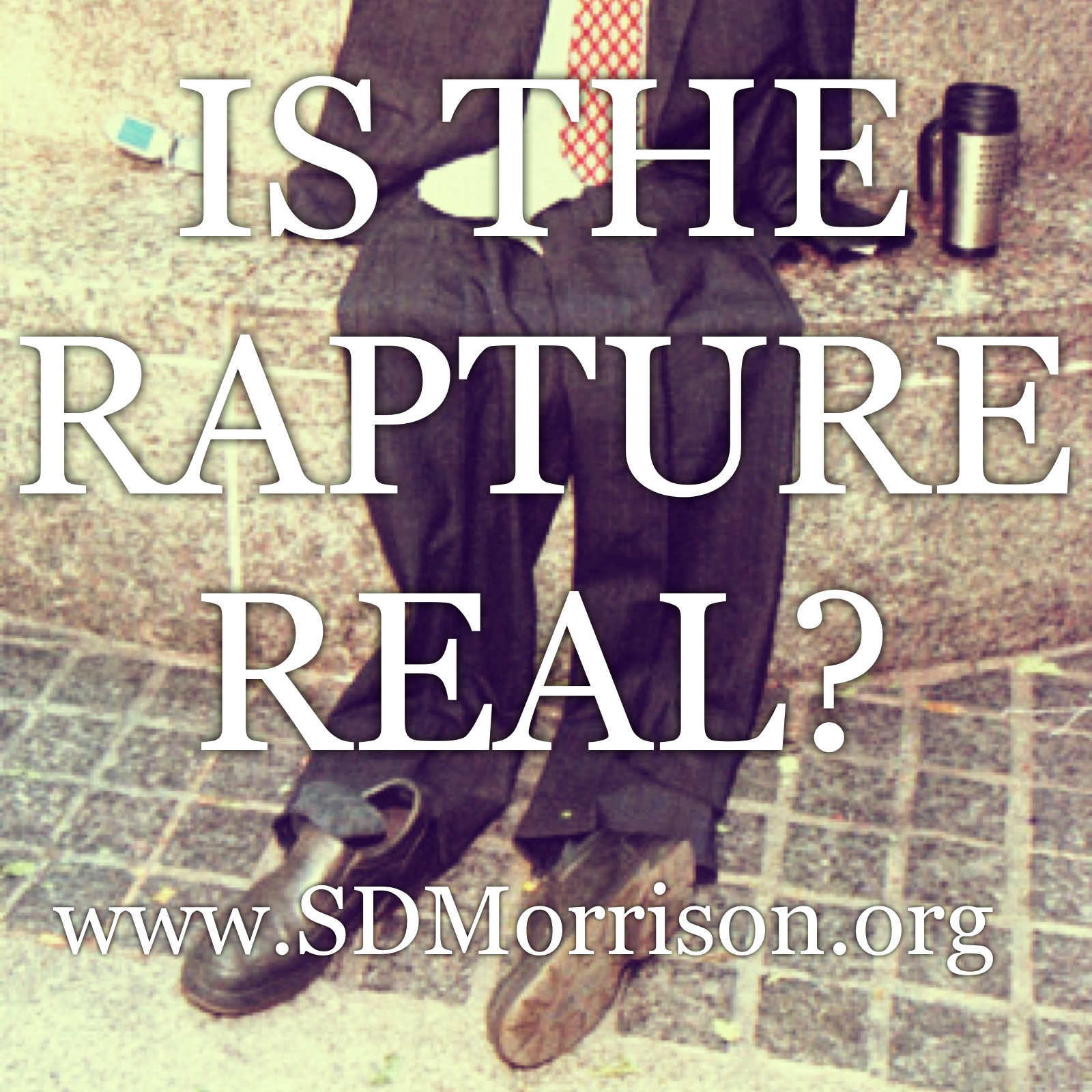 What if I told you that the rapture is something entirely made up? Would you breath a deep sight of relief, or would you be offended?

The Rapture theory is commonly held in much of Christianity today, but why? Is it really so biblical?

I don’t believe it is. In my mind, the rapture is a myth. It is complete fiction made up in the 19th century through the distortion of scripture.

So whether you believe in the rapture or not, allow me to present for you five compelling reasons why I believe the rapture isn’t real.

The Rapture, despite how much it’s accepted as fact, is completely unbiblical. There is literally no direct scriptural evidence for the rapture. All of the scriptures classically used to defend the rapture are either a) taken out of context or b) vague and obscure.

If the rapture really is true, then why isn’t the bible filled with it? Why do rapture teachers have to use such vague passages to back up their beliefs?

Sure, there are a few verses that kind of hint towards the rapture. But as soon as you take the time to understand the proper context, you’ll discover that you’ve been implying your own meaning into the text (when it should always be the other way around).

#2 Implies a Third Coming of Christ

Rapture teachers, in order to back up their position, have invented a third coming of Christ. 1 They will teach that Jesus’ second coming is the rapture (where he sucks up all the Christians into the sky), and His final coming is a third coming (one of final judgement).

This is logically inconsistent, and scripturally insulting. There is no such thing as a third coming of Christ. When He comes again, it will be the final and full manifestation of the Kingdom. 2 Rapture teachers make the false distinction between “the day of Christ” and “the day of the Lord”, claiming that the bible refers to the rapture and the second coming of Christ as different events by these terms. But this logic is seriously flawed. 3

Thessalonians 4:17 is perhaps the most important bible verse in a rapture teachers theology. But is this verse really talking about the rapture? Let’s look at the context.

In Thessalonians 4:17 Paul writes “Then we who are alive and remain shall be caught up together with them in the clouds to meet the Lord in the air…”

You can see why this can seem like a rapture verse. So here more than ever it’s important to understand what is leading up to this verse, and where it fits into the whole of this letter. 4

Check out specifically verse 14: “For if we believe that Jesus died and rose again, even so God will bring with Him those who sleep in Jesus.” Paul here makes the parallel between Christ’s resurrection and our resurrection. Death is defeated by Christ, and we share in His victory! Far from being a verse for the rapture, this verse is about the resurrection.

The rapture was first invented by John Nelson Darby in the 19th century. 5 Up until that time absolutely no one believed in the rapture.

Think about that for a moment. Some may be quick to say “Stephen, why are you questioning the rapture? It’s such a well established doctrine!” But who’s really the one questioning orthodoxy here? If you believe in the rapture than essentially you are saying that for 1,800 years the church as a whole has been wrong.

Are you that confident in this? Are you a better theologian than the reformers, the early church, or even the Apostle Paul?

Because none of them ever taught the rapture.

The Rapture is an entirely fear based doctrine. It sounds much more like mythology, than Christianity.

The rapture creates a “rescue me” mentality. The church has become far more interested in being rescued from an “evil world” than it is in changing the world with the Gospel.

Aren’t we called to be good stewards of the earth? 6 Aren’t we looking forward to a “new heaven and a new earth”? 7 (Not, mind you, a destroyed earth.)

The rapture has detrimentally corrupted the church with an escapist mindset. We don’t feel responsible to build a lasting legacy. Instead, we look forward to our escape from this world. Ultimately, the rapture undermines the command of Jesus to preach the Gospel to all creation.

So is the rapture real? I doubt it.

So what do you think? Is the rapture real? Leave me a comment below!

If you enjoyed this article, you may also enjoy the free eBook I’ve written on the end times. You can get it by clicking here.

4 thoughts on “Is the Rapture Real?”