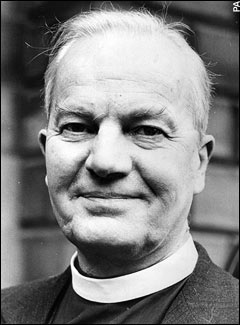 T. F. Torrance writes in dialogue with Jurgen Moltmann, towards the end of his (incredible!) work, The Christian Doctrine of God: One God Three Persons (LINK), on the tough issue of God’s Impassibility (which simply means the inability of God to suffer). In the light of the incarnation and the crucifixion of Christ, how can one still say that God is impassible?

Jurgen Moltmann claims that this is impossible, writing that an impassible God is a “demon”. 1 But classically, especially in western theology, the impassibility of God is one of the primary attributes of Gods nature.

I have often been interested in the sort of dialogue that T. F. Torrance has had with other theologians, especially with Jurgen Moltmann. Both men have tremendously impacted my spiritual and theological perspectives. Torrance’s nuanced understanding of the impassibility of the passible God is one that I found interesting when I read it, because it gives a balanced perspective on the issue. The following quotes are from the final chapter in The Christian Doctrine of God.

Torrance begins following Cyril of Alexandria in saying that God suffered impassibly in the death of Christ, therefore calling the impassible passibility of God a paradox.

“The emphasis tended to be laid sometimes on one side of the paradox, and sometimes on the other, but Cyril was always concern not to detract either from the integrity of human nature or from the integrity of divine nature. On the one hand the notion of divine passibility would appear to call in question the steadfastness or immutability of God in face of the pressure of outside forces upon him as if he could be moved by what is other than God. On the other hand the notion of divine impassibility would evidently exclude the possibility of any real movement of God in a loving and vicarious self-identification with us in the incarnation and redemption which would posit a deep gulf between God as he is in himself and God as he is towards us. On the other hand, therefore, we cannot but hold that God is impassible in the sense that he remains eternally and changelessly the same, but on the other hand, we cannot but hold that God is passible in that what he is not by nature he became in taking upon himself ‘the form of a servant’. He became one of us and one with us in Jesus Christ within the conditions and limits of our creaturely human existence and experience in space and time, although without in any way ceasing to be God who is transcendent over all space and time. That is surely how we must think of the passibility and impassibility of God: their conjunction is as incomprehensible as the mode of the union of God and man in Christ. Just as in creation and incarnation God acted in entirely new ways while remaining unchanged in his divine nature, just as he became man without ceasing to be God and became creature without ceasing to be creator, so he became passible without ceasing to be impassible in another sense.” 2

So it seems that for Torrance the paradox of Gods impassible passibility is similar to the dual nature of Christ as wholly God and wholly man. Just as Jesus Christ is fully God and man in one person, while taking up our human flesh He remains divine, so God has become passible in Jesus Christ, while remaining eternally impassible. He therefore has assumed both natures. He has at once truly reached the human race, while nevertheless remaining truly God as He is in His eternity, unchanged and self-moved.

Torrance continues on to say the following:

“We must be quite definite about the fact that in the Lord Jesus Christ God Himself has penetrated  into our suffering, our hurt, our violence, our sinful alienated humanity, our guilty condition under judgement, and even into our dereliction. ‘My God, my God, why hast thou forsaken me?’ Behind that cry of Jesus on the Cross there is a mysterious movement in the divine Trunity, a counterpoint between the pathos in the crucified Jesus and the pathos in God. The cry of Jesus in dereliction was followed by another cry, ‘Father into they hands I commend my spirit.’ There on the cross at the deepest point of our relations with God in judgement and suffering the incarnate Son of God penetrated into our pathos in such a profoundly redemptive way that in the very heart of it all, he brought his eternal serenity to bear transformingly upon our passion. Thus we cannot but say that in Christ God both suffered and did not suffer: through the eternal tranquillity of his divine impassibility he took upon himself our passibility and redeemed it.” 3

For Torrance, Jesus Christ became passible in order to redeem our our suffering with his impassibility, just as Jesus Christ at once came to redeem our fallen humanity by become sin for our sakes. If “the unassumed is the unredeemed” then this must be the case not only for our fallen humanity, but also for our suffering as human beings. God assumes in order to redeem. Therefore, Christ became passible, while at once remaining impassible. But nevertheless, He truly became passible just as He truly became man.