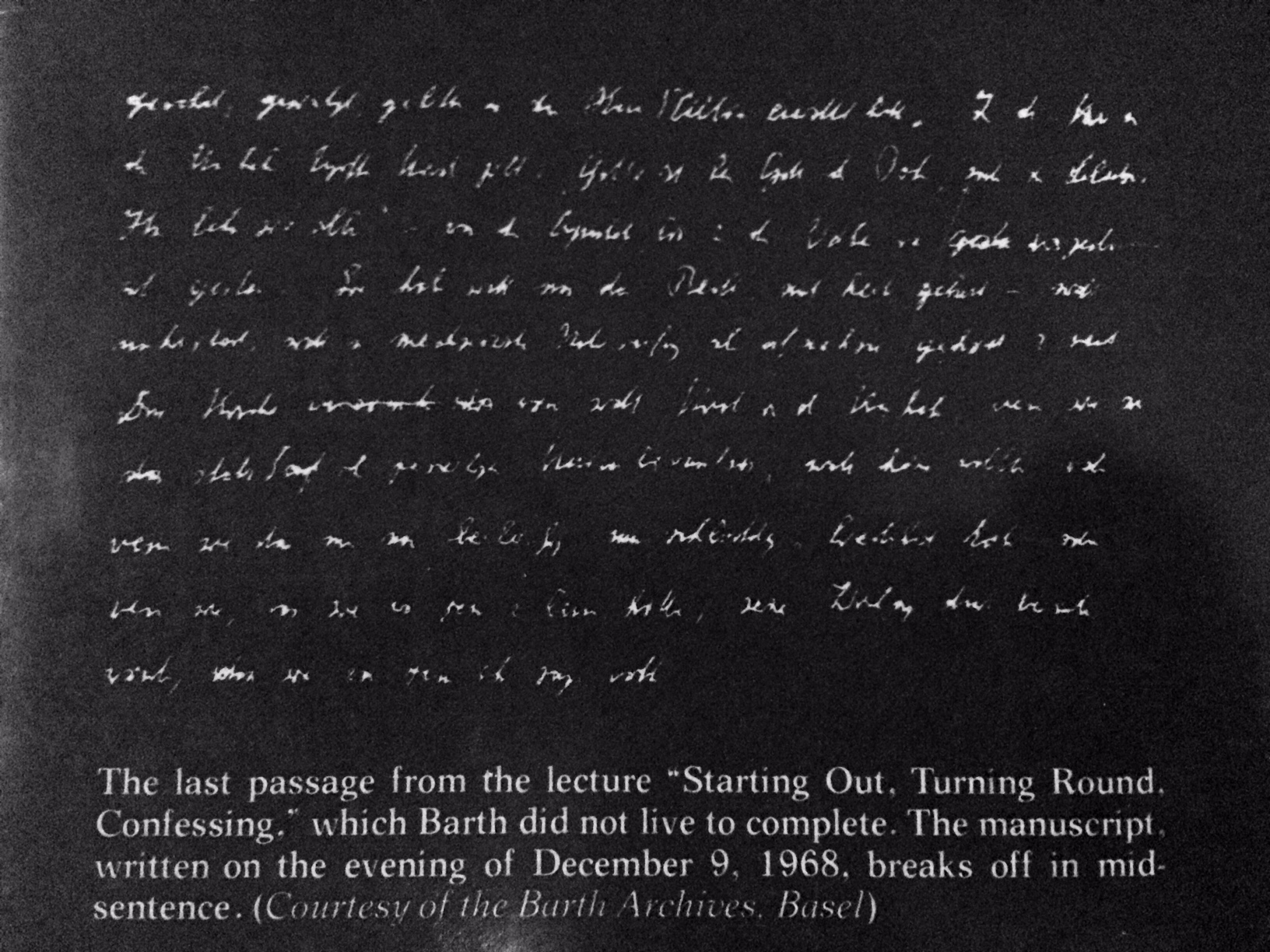 In my book, Karl Barth in Plain English, I wrote the following:

Karl Barth died in his sleep on the morning of December 10 [1968], having spent the evening listening to Mozart and writing yet another theology lecture.

Barth left that lecture unfinished. His last written words abruptly end mid-sentence. What could be more testimonial to Barth’s career than this unfinished sentence? He remained engaged his entire life, even in his later years, with so many social and political issues right alongside the many theological issues of his time. His work remains unfinished, but breathtaking still, like Gaudi’s majestic Sagrada Família in Barcelona. It is this enduring faithfulness and diligence to the Word of God which makes Barth one of the most productive and inspiring theologians who ever lived. 1

Barth was invited to attend an ecumenical week of prayer in Zurich, and to give a special address to a group of Reformed and Roman Catholic believers. It was this address that Barth worked on before his death. He gave it the title, “Starting Out, Turning Round, Confessing”.

It is only about eight pages long and remains in an unrevised state; but regardless, even in this brief sketch Barth was characteristically focused on Jesus Christ, writing, “He, Jesus Christ, is the old and is also the new. He it is who comes [to the church] and to whom the church goes, but goes to him as him who was. It is to him that it turns in its conversation.” 2

In the final paragraph, Barth seems to have in mind the need for the church to listen attentively to the fathers who have gone before us. Busch rightly notes in the epilogue that Barth himself should be counted among those we should listen to attentively. But without further ado, here are the final written words of Karl Barth (brackets contain Busch’s corrections):

In the church that is in the process of turning round the saying is true that “God is not the God of the dead but of the living.” “All live to him,” from the apostles to the earlier and later fathers. They have not only the right [but also the relevance] to be heard today, not uncritically, not in automatic subjection, but still attentively. The church would not be the church in conversion if, proud and content with [?] its sense of the present hour, it would not listen to them, or would do so only occasionally, loosely, and carelessly, or if it were to rob what it has to learn from them of all its effect by [accepting] what they want to say to it . . . 3

Busch thinks Barth’s sentence might have been finished like this: “…by accepting what they want to say to it, perhaps with much reverence, but only as a statement of the insights of their own day.” 4