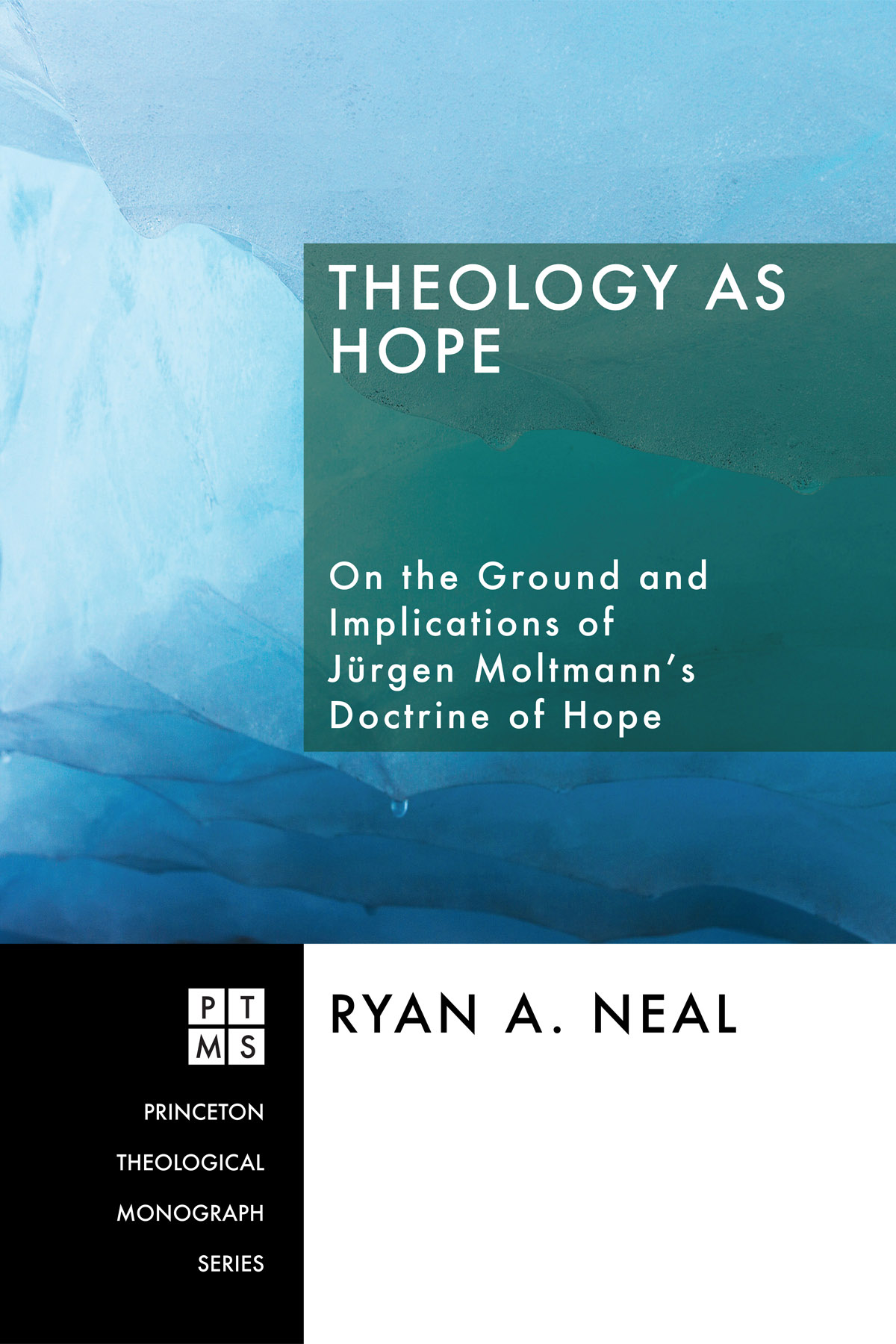 Book: Theology as Hope: On the Ground and Implications of Jürgen Moltmann’s Doctrine of Hope (Princeton Monograph Series) [AMAZON LINK]

Overview: Theology as Hope is a carefully written, thoughtful book, which studies Moltmann’s major “Contributions to Systematic Theology” within the light of his theology of hope. For Neal, this is Moltmann’s chief method, “theology as hope.” While he is ultimately critical of the success of Moltmann’s project, he nevertheless provides a fair and helpful reading of his work.

I was impressed by this book. It is a clear overview of Moltmann’s theology from the conviction that his central method is “theology as hope.” while I wouldn’t call it an introductory study, it still gives a nice overview for those who might have a decent grasp already of Moltmann’s thought, but who perhaps have a few questions about precisely what Moltmann means. (Though Bauckham’s work will always be the standard for secondary literature on Moltmann.) Notable is his clarity in dealing with Moltmann’s controversial “social doctrine” of the Trinity. He provides a helpful response to critics of this notion that I thought was very well put together.

Another strength of this book was Neal’s ability to recognized nuances in development in Moltmann’s theology, so that he often made note of the precise areas where Moltmann progressed in his theology, or acted in a self-correcting manner, or when he flatly changed his mind. It is very helpful to read Moltmann within this context, because some of his earlier work is admittedly “one-sided” and it becomes useful to see where and how he corrects some of these tendencies. This is perhaps the greatest value I found in reading the book, as Neal pays careful attention to these details.

One such example is to examine how Moltmann expands from The Crucified God into The Spirit of Life with a more precise understanding of God’s involvement in the cross. Neal writes:

“While the central question of CG [The Coming of God]: ‘what does the cross mean for God?’ was only answered in a discussion of Father and Son… In SpL [The Spirit of Life], however, Moltmann seeks a specific answer in pneumatological terms… In SpL he is exercised by the ‘seldom asked’ question: how does the Spirit relate to the cross?” (185)

Neal notes that Moltmann draws upon his “social understanding of God’s triunity, stressing the three subjects rather than their unity.” (187) Therefore, the Trinitarian dimensions of the cross are more clearly articulated. Whereas previously Moltmann had a limited understanding of the Spirit’s involvement in the crucifixion, now Moltmann expands into a fully Trinitarian interpretation. Neal summarizes this as follows:

“1. The Father… is the ‘rejecting Father.’ First, the Father does not hear the prayer of the Son in Gethsemane, and then on the cross is continually silent as he abandons the Son to death. So, the Father suffers as the one abandoning his Son.

2. The Son… is the abandoned Son. The first part of his plea to the Father (Abba): ‘remove this cup from me’ goes unanswered, while the second half ‘yet, not what I want, but what you want’ is answered according to the Father’s will. So, the Son suffers actively as the one who both ‘through the eternal Spirit offers himself without blemish to God’ and passively as the one abandoned by his Father.

3. The Spirit… is the Spirit of Christ. The Spirit suffers, but does not die and is ‘Jesus’ strength in suffering.’ Thus, the Spirit is the ‘real determining subject of this special relationship of Jesus’ to God, and of God’s to Jesus.’ Accordingly, the Spirit ‘frames the Son’s response: ‘not my will, but thine be done.’ The Spirit also ‘reveals to Jesus the ‘will’ of God.'” (187-8)

The first and second proposals are included in Moltmann’s The Crucified God, but this third aspect is where Neal sees as a development (and improvement) upon his theology of the cross. I’ll have to go back and re-read the sections he refers to in order to understand all the points here, but it was interesting to see this development spelled out so carefully. There are various other comments Neal makes that are helpful in this same regard, as he expertly traces Moltmann’s development on numerous issues. Perhaps this is just something I have not yet studied for myself as fully, but it struck me as a valuable aspect of the book.

Conclusion: Generally speaking, I enjoyed this book for how carefully and thoroughly Neal wrote, as well as the attention he gave to the development of Moltmann’s thought. I’m not wholly convinced by his conclusion, but I found my understanding was challenged by it. I think this fact is a great sign of a successful book on Moltmann, since he was himself so dedicated to theology as a dialogue, or as he called it “an adventure of ideas” in which his “whole concern has been, and still is, to stimulate other people to discover theology for themselves” (Experiences in Theology, preface).

Click here to purchase Theology as Hope by Ryan A. Neal

My thanks to Pickwick Publications and Wipf & Stock Publishers for a digital copy of this book for review. I was under no obligation to offer a positive review, and have presented my honest reflection on this work.