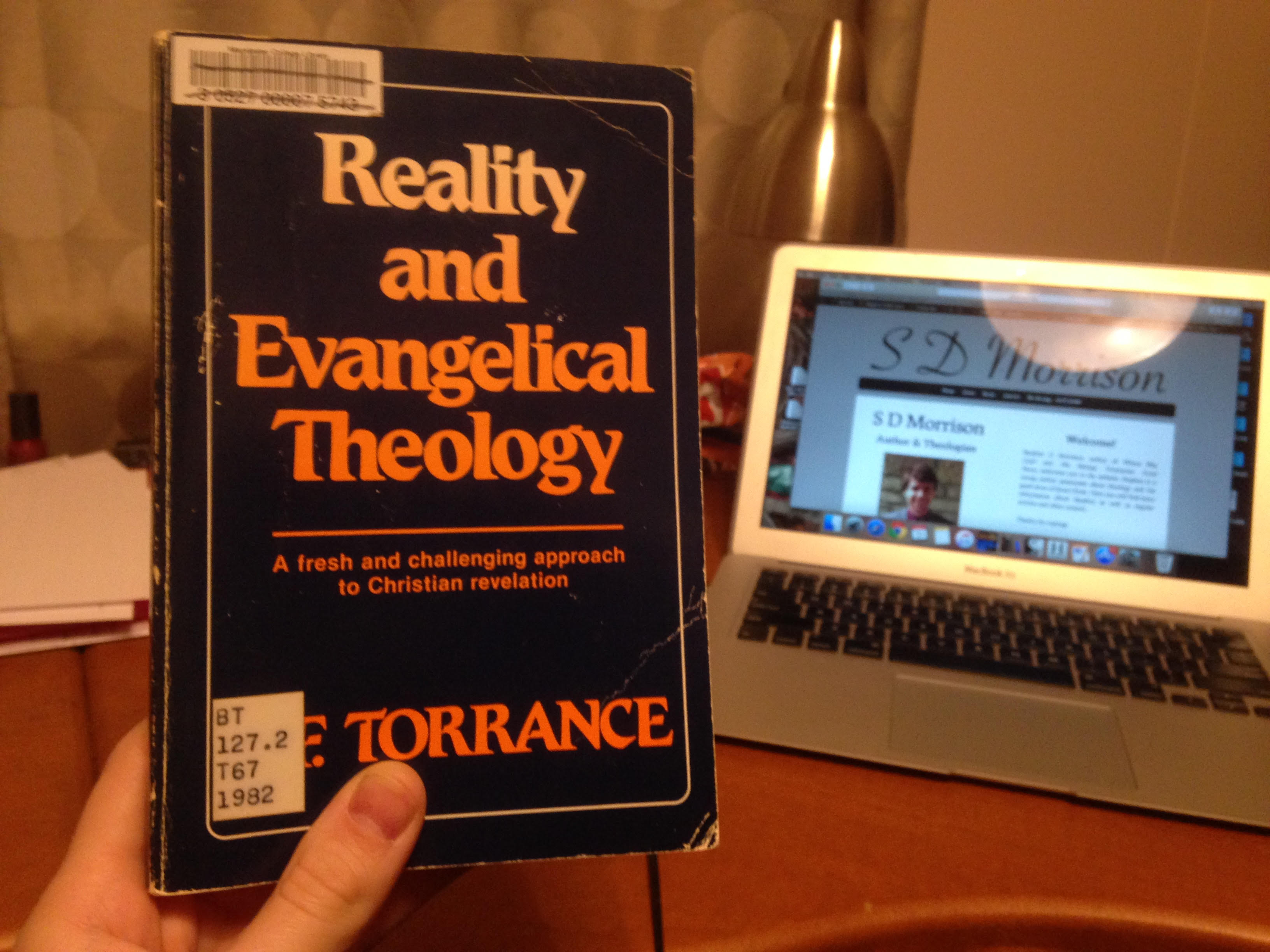 I purchased an old, ex-library copy of Thomas F. Torrance’s Reality and Evangelical Theology (1981 Payton Lectures) a few months ago, and I am finally getting around to reading it. I wasn’t sure from the title what exactly to expect from the book, but after reading the preface I am pleasantly surprised. From what I have gathered so far, the premise of the book will essentially be to show how liberalism and fundamentalism make the same error, focusing specifically on the fundamentalists error in interpreting scripture. In Torrance’s own words, that “both [fundamentalism and liberalism] balk at the fact that God himself is the one ultimate Judge of the truth or falsity, the adequacy or inadequacy, of all human concepts and statements about him.” 1 And he claims that because of this, fundamentalists error in their reading of the bible.

I’m looking forward to reading more of his arguments on this matter, but here is a great quote from the preface that seems to highlight his primary issue with fundamentalism and their understanding of revelation and the scriptures. Enjoy!

…Fundamentalism operates with a rigid framework of beliefs which have a transcendent origin and which are certainly appropriated through encounter with God in his self-revelation and as such have an objective pole of reference and control, but these beliefs are not applied in a manner consistent with their dynamic origin and nature. Instead of being open to the objective pole of their reference in the continual self-giving of God and therefore continually revisable under its control, they are given a finality and rigidity in themselves as evangelical beliefs, and are clamped down upon Christian experience and interpretation of divine revelation through the Holy Scriptures. Thus they are endowed with a fixity at the back of the fundamentalist mind, where they are evidently secure from critical questioning, not only on the part of skeptical liberals and other freethinkers, but on the part of a divine self-revealing which is identical in its content with the very Being of God himself. At this point the epistemological dualism underlying fundamentalism cuts off the revelation of God in the Bible from God himself and his continuous self-giving through Christ and in the Spirit, so that the bible is treated as a self-contained corpus of divine truths in propositional form endowed with an infallibility of statement which provides the justification felt to be needed for the rigid framework of belief within which fundamentalism barricades itself.

The practical and the epistemological effect of a fundamentalism of this kind is to give an infallible Bible and a set of rigid evangelical beliefs primacy over God’s self-revelation which is mediated to us through the bible. This effect only reinforced by the regular fundamentalist identification of biblical statements about the truth with the truth itself to which they refer. 2