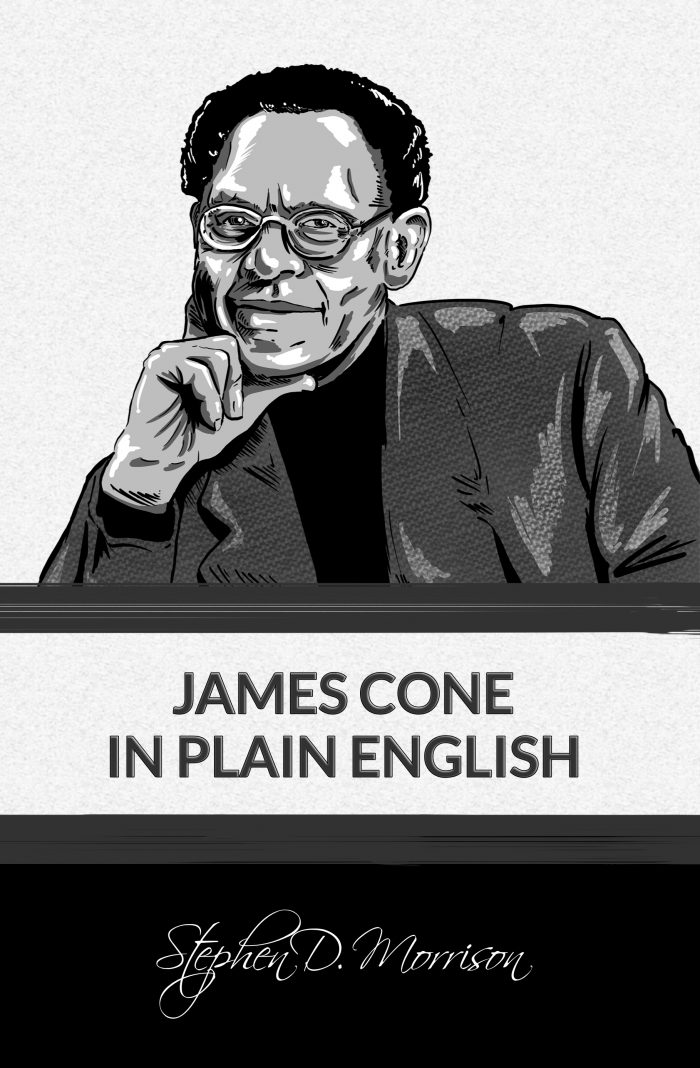 This week I released my new book, James Cone in Plain English. I am proud of it and hope the book makes an impact. But if I am honest, I am also quite nervous.

Writing something for so long only to send it out to be read and criticized is always a terrifying experience, but it is even more so when the book’s subject is so radical and controversial. Cone’s theology is disruptive and challenging, and I have already received some push-back from readers who disagree with his work.

But while I am nervous about what response the book might generate, it does not change my conviction that James Cone must be read and studied more thoroughly in the Church today. I hope this book will help aid the ongoing conversation regarding racism, the Church, and theology. Cone’s work is vital.

Today, I want to briefly explain who James Cone is and why he matters now more than ever.

Who is James Cone?

James Hal Cone was an American theologian who challenged white supremacy theologically and fought to establish a basis for a black theology of liberation. Accordingly, he is often considered the father of a movement known as black theology. Cone earned his Ph. D. from Garrett Biblical Institute—he was the first black doctoral candidate in the school’s history—with a dissertation of Karl Barth’s anthropology. He went on to teach at Union Theological Seminary, where he remained until his death in 2018.

Cone’s life and theology was a passionate refusal to accept the dehumanizing norms of white supremacy. Racism is a sin, yet Cone learned from experience that white Christians are comfortable with the privileges white supremacy affords them, even if it comes at the expense of black oppression. But it is still a sin. Thus, one of the most important insights from Cone’s work is the realization that racism is not merely an ethical issue, but it is at once a theological issue. White theology is culpable for its silent complicity in a system of brutal oppression against black people in America and around the world.

Accordingly, Cone saw that if theology is to be faithful to its Lord, it must renounce its sinful allegiance to white supremacy and “become black” with Christ. By this, Cone means that the Church must renounce its allegiance to oppressors and take up the cause of the oppressed. Too often, the Church aligns itself with the powerful and mighty and fails to seek after Christ in the least of these. In America, that is the black community suffering under the violence of white supremacy and the systems that uphold it. Christ was among the poor, weak, homeless, foreign, and marginalized; He is still in their midst today. Thus, to be Christ’s Church, we must follow Christ into radical solidarity with the poor and oppressed.

Cone’s work refused to accept any definition of the Gospel that compromises with injustice. Christ’s word to the victims of injustice is not that they must accept their condition passively, hoping in a pie-in-the-sky liberation, but rather, it is the message of Kingdom come “on earth as it is in heaven.” Thus, victims do not have to be defined by their victimization and can reclaim their human dignity. Cone insists that the Gospel is a message of historical and material liberation, not merely of heavenly escape. Thus, it is a word of rebuke to all oppressors and a revolutionary call to overthrow all systems of oppression. The white Church must repent of the sin of white supremacy and join the cause of black liberation, or we will never understand Christ’s Gospel of liberation.

Cone’s theology is inseparably linked to political praxis. It is because of the Gospel that the Church must be antiracist. It is not a political ideology that motivates Cone; rather, he is motivated by the cries of Christ in the poor and helpless. Cone summarizes all this best:

Christian theology is a theology of liberation. It is a rational study of the being of God in the world in light of the existential situation of an oppressed community, relating the forces of liberation to the essence of the gospel, which is Jesus Christ. This means that its sole reason for existence is to put into ordered speech the meaning of God’s activity in the world, so that the community of the oppressed will recognize that its inner thrust for liberation is not only consistent with the gospel but is the gospel of Jesus Christ. There can be no Christian theology that is not identified unreservedly with those who are humiliated and abused. 1

The political imperatives of the Gospel have been ignored by the white Church and white theology, and Cone confronts our sinful silence. God is, for Cone, the God of the oppressed. God was on the side of the Israelites in Egyptian captivity and defined Godself according to the historical event of liberation. So today, God remains the God who liberates the oppressed. The meaning of Christ’s message has been defined by those who benefit from oppression—the privileged and powerful—but we will never rightfully understand the Gospel until we join the cause of the oppressed. Only from within an oppressed community can we know the God of the oppressed. Black theology is simply a theology arising from the concerns of oppressed black people crying out for justice. God is in their midst, crying out for justice. If we want to hear God’s Word today, it will not come from the rich and powerful but the poor and weak.

Why Cone matters now more than ever

With the death of George Floyd and the global antiracist protests that developed in response, the illusion that we live in a post-racial, “color-blind” world has been shattered. Racism and oppression remain vital problems, and until the Church takes a stand against injustice, we will fail to be Christ’s Church. Our God is a God of justice.

In America, the Evangelical Church has made its bed with racist powers and institutions, but Cone prophetically calls the white Church to repent of its sinful allegiance to oppression. Whether a Republican or Democrat sits in the Oval Office, the powers that be have been guilty of establishing a system of racial injustice. The Church must be a constant threat to the powers of empire, not its eager supporter. We do not pledge allegiance to any kingdom of this world. We hope and fight to usher in the Kingdom of God “on earth as it is in heaven.”

James Cone is a prophetic voice we must pay attention to. The Church is not innocent. We have been complicit in systemic oppression for far too long. But we must step into the light and stand up against injustice. Cone’s work is a great place to start.

2 thoughts on “James Cone and Why He Matters”