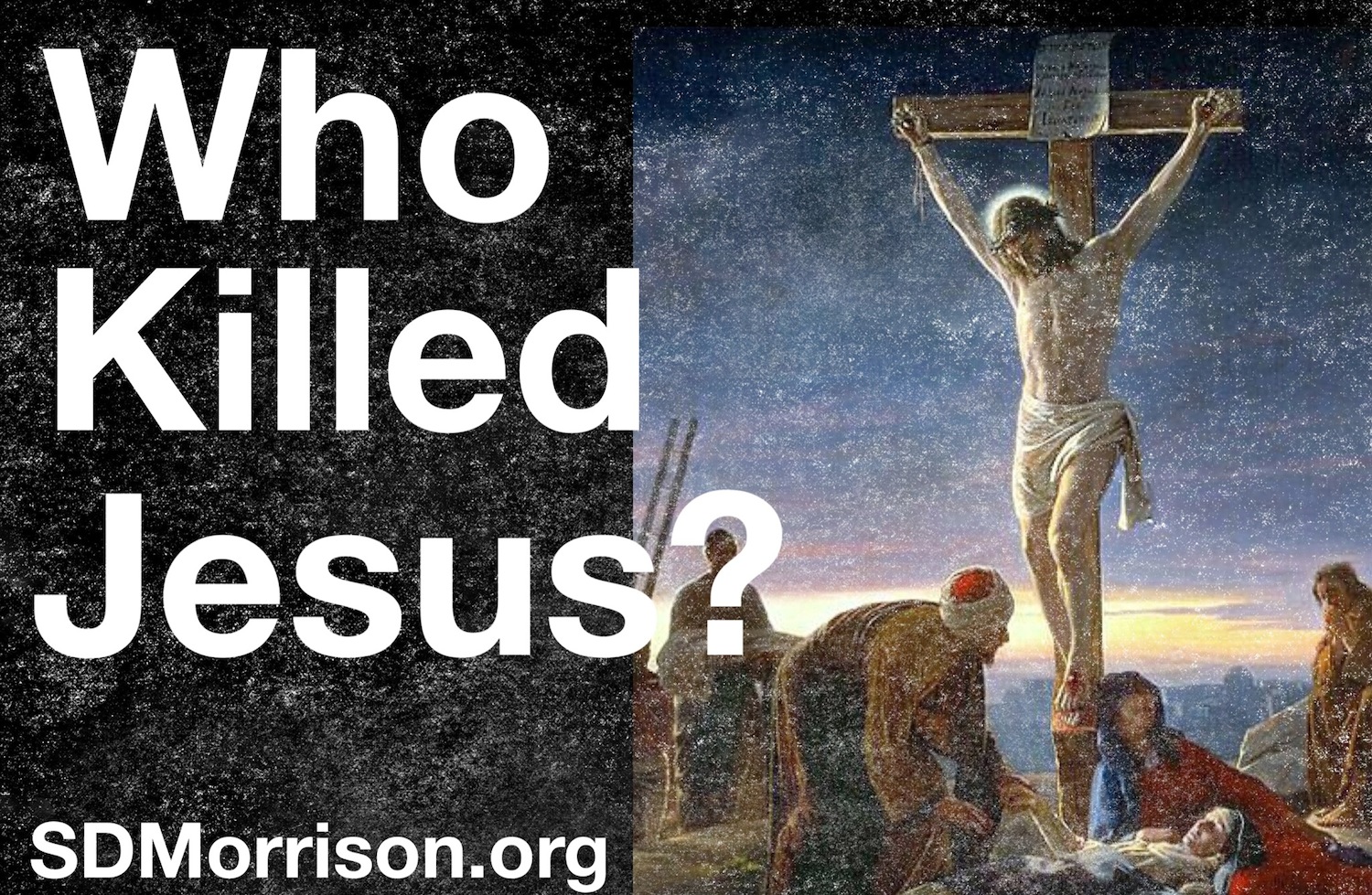 Jesus was not murdered. He offered up His life freely for the sake of humanity. No one took His life, He gave it away. 1 But the question remains, even if Jesus did offer up His life, to whom did He offer it up to? Who actually killed Jesus?

The Atonement, that is, the death of Christ, is something I’ve written on a few times before. 2 In my upcoming book I’ve chosen to spend a lot of time on this subject. 3 Today I thought it’d be fun to look at an aspect of the atonement that is often overlooked (or not taken seriously enough).

Within the classical understanding of Penal Substitutionary Atonement 4, the answer is God. God killed Jesus. Within this model Jesus offers up His life for the appeasement of His Father’s anger. But as I’ve written before, this understanding of the cross is highly problematic. It over legalizes this Gospel, undermines the unity of the Trinity, and paints a horrific picture of the Father.

Additionally, it blatantly ignores the bible.

Many who defend the classical doctrine of PSA will point to the bible as its origin, but in my understanding of scripture I don’t see how that’s possible. While there may be a few verses that in some ways appear to present PSA as true, there are far more verses that destroy it entirely. Take for example, our basic question: who killed Jesus? Within the Penal model of atonement, where the Son is punished by the Father for our sake, the answer must be that God killed Jesus. But the bible never once says that this is the case. In fact, it says the opposite. The bible clearly tells us that someone else killed Jesus, and it was not His Father.

“For you, brothers and sisters, became imitators of God’s churches in Judea, which are in Christ Jesus: You suffered from your own people the same things those churches suffered from the Jews who killed the Lord Jesus and the prophets and also drove us out.” 1 Thessalonians 2:14-15 NIV Emphasis mine.

“After Jesus finished saying all these things, he said to his followers, ‘You know that the day after tomorrow is Passover. On that day the Son of Man will be handed over to his enemies to be killed on a cross.'” Matthew 26:1-2 ERV Emphasis mine.

“And all the people answered, ‘His blood be on us and on our children!'” Matthew 27:25 ESV Emphasis mine.

“Men of Israel, hear these words: Jesus of Nazareth, a man attested to you by God with mighty works and wonders and signs that God did through him in your midst, as you yourselves know—this Jesus, delivered up according to the definite plan and foreknowledge of God, you crucified and killed by the hands of lawless men.” Acts 2:22-23 ESV Emphasis mine.

“let it be known to all of you and to all the people of Israel that by the name of Jesus Christ of Nazareth, whom you crucified, whom God raised from the dead—by him this man is standing before you well.” Acts 4:10 ESV Emphasis mine.

The cross was not divine child abuse. The Father did not beat up His Son so that He could love you. God gave up His life for the sake of the human race, at the hands of the human race. In a stunning display of self-sacrifical love, Jesus hung on the cross, crying out to those who had crucified Him: “Father forgive them, for they do not know what they are doing.” 5

What outrageous grace! What stunning love!

That is good news. Divine child abuse, is not good news. Jesus saves us from sin, not from His Father’s fury. Jesus gives His life for our life, not as a pagan appeasement sacrifice, but as a stunning display of unconditional grace. The cross was the beautiful act of love in which the man Jesus Christ died our death in order to undo death itself, thereby freeing us from sin. Who killed Jesus? Certainly not the Father.

What do  you think? Can you find any scriptures that prove me wrong here? Comment below!