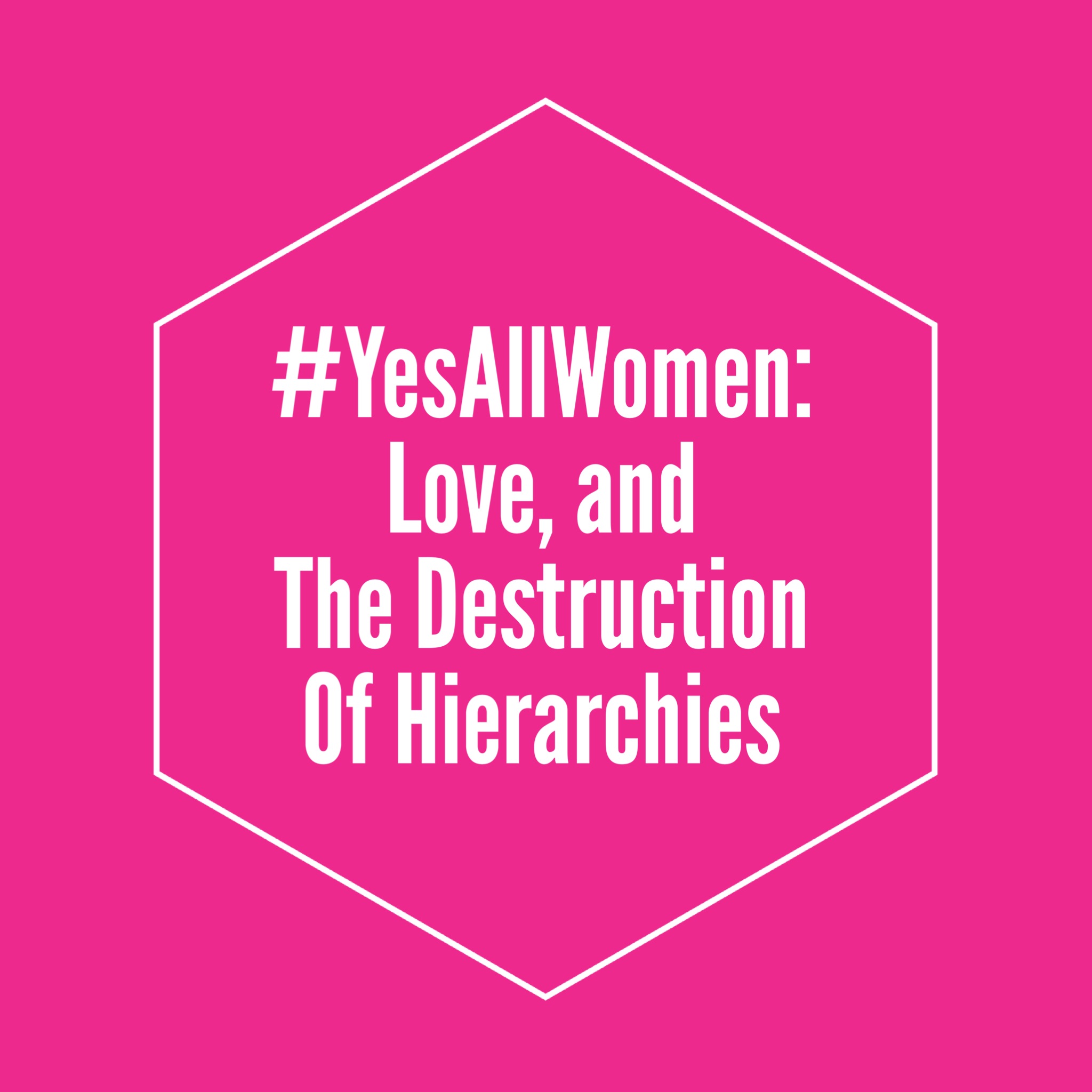 I’ve been thinking today 1 a lot about the trending hashtag #YesAllWomen. If you’re unfamiliar with what’s happening, The New Yorker journalist Sasha Weiss does a great job summing it all up here. Essentially, what’s taking place is that women (and men) from all over the world are standing up against domestic violence and sexual abuse against women. It came about in response to a shooting that took place in Santa Barbara, CA. The shooter, Elliot Rodger, was motivated by a highly violent ideology against women. His numerous youtube videos and “manifesto” writings resembled the highly disturbing remarks of an angry, lonely, mad-man.

The reaction to all of this has resulted in a (necessary) finger point back at our culture. Some of the Tweets being shared are shocking, eye-opening, and humbling (especially as a man). The stories from women about domestic violence and sexual abuse are startling. It’s a fact that I believe we need to wake up to. Our culture is filled with sexism, domestic violence, and sexual abuse. Don’t believe me? Go to youtube and watch any video that has a woman in it. Read the comments. You’ll know what I mean. It’s not okay.

Our society degrades women. From a Christian perspective, the church is the worst of all. I’ve written before on how Biblicalism is destroying the perception of Christianity in the world today. We’ve taken the bible so literally, ignoring the cultural differences between today and 2,000 years ago, thereby using the bible to justify sexism, hatred, and violence. We’ve taken a handful of statements from Paul on why “women can’t teach in church” or “have authority over a man” and we’ve used them as weaponry to degrade women.

Let’s be perfectly clear. The bible does not promote the subordination of women to men. Women are not lesser than men. They are to be valued, respected, and treated fairly. I believe that Jesus was in many ways a radical “feminist”. He clearly stood up for women and treated them as equals to men. 2 That’s where I hope we’re headed, but if we keep holding onto to silly arguments like “the bible says so” we may never get there. Church, wake up. Please.

While I was doing some research about this issue, I went on Facebook which is never usually a good idea for productivity, but this time it worked out alright. A page I follow had shared a quote by Karl Barth. It’s dense, so you may need to read it a few times (I did), but here Karl Barth expresses beautifully what love is in the face of injustice:

Love is that denial and demolition of the existing order which no revolt can bring about. In this lies the strange novelty of love. In the cycle of evil unto evil, of reaction unto revolution, it plays no part. Love is the inversion of all concrete happening, because it is the recognition of the pre-supposition that lies in every concrete event. Love, because it sets up no idol, is the demolition of every idol. Love is the destruction of everything that is–like God: the end of all hierarchies and authorities and intermediaries [. . .]. 3

That last statement took me a while to understand, but here’s what I think Barth is getting at. Within the Trinity, the relationship of Father, Son, and Spirit, there are no hierarchies. There is no authority of one over another, neither is there any intermediary between Persons of the Trinity. The Father is not dominating over the Son, nor does the Son require an intermediary between Him and His Father. There is no division, and there is no subordination or domination. There is relationship, trust, love, commitment, service, and other-centered love.

What I think Barth is trying to say here is that love, like God, by nature removes barriers, and tears down hierarchies because love is in itself the end of hierarchies. Love, therefore, is the great agent for social justice because love demolishes the notions of “us against them” or “greater than thou”.

In this context, love means giving up all notions of women being less than men.

I can’t speak for everybody, but having grown up in church I know first hand that #YesAllWomen is not just about what happens outside the church. Maybe it takes a different form, but it’s still there. Prejudice happens within the Church, perhaps sometimes more than anywhere else. That’s not okay for me. Domestic violence, sexual abuse, and blatant sexism is just as prevalent in the church today as it is outside of the church. We can’t be ignorant of this fact.

If we are to suggest a way forward I would suggest the following: 1) Be aware. Read tweets, hear stories, and learn what’s happening. Maybe we can do something about this. 2) Maybe you’ve never been involved in domestic violence or sexual abuse, but actions like that don’t start by random. They begin as thoughts, as jokes, and as an overall perception about women. Learn to think differently about the world around you. 3) Church, let’s get on the right side of history here. Let’s drop the biblicalism and let’s stand up for freedom and justice. Women are not subjective to men, let’s cut the crap.

What are your thoughts? Leave me a comment below!